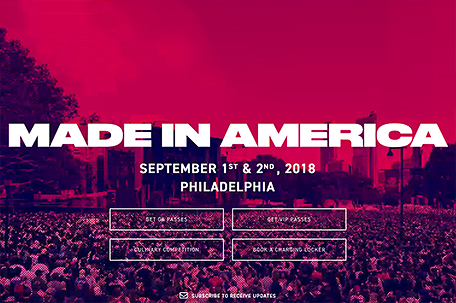 Jay-Z said Wednesday he’s disappointed that Philadelphia is booting his annual music festival from the city’s grandest boulevard, accusing the mayor of having “zero appreciation for what Made In America has built alongside the phenomenal citizens of this city.”

Writing in the “Philadelphia Inquirer,” the music mogul rapped the city for making a decision before consulting organizers, calling it a failure on the part of Democratic Mayor Jim Kenney.

The mayor said he thought the city’s position had been communicated to Jay-Z. 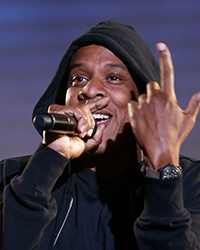 “I love Jay-Z,” Kenney said at a news conference. “We love the concert and we want to keep it.” He said the city is looking at alternative sites and hopes to resolve what he termed an “unfortunate misunderstanding.”

Held each year since 2012, Made in America has drawn as many as 50,000 people to the Benjamin Franklin Parkway, a heavily visited expanse of museums, monuments, fountains and the famed “Rocky” steps at the Philadelphia Museum of Art.

But the city said the festival is no longer welcome on the parkway after this year.

“We had some operational difficulties on the parkway because of how long it takes to set up and take down,” Kenney said.

Made in America was originally intended to attract people to Philadelphia on Labor Day weekend, traditionally a slow time for tourism, said city spokeswoman Sarah Reyes. But the growth in tourism since then means “the need for an event of this scale at this location may no longer be necessary,” she said in an email.

The two-day festival has also drawn noise complaints from some neighbors, philly.com reported .

Nicki Minaj, Meek Mill and Post Malone are set to perform at this year’s festival.

Jay-Z wrote that Made in America has generated an economic impact of nearly $103 million since 2012.

“Do they regularly reject minority-owned businesses that want to continue to thrive and grow alongside his city’s people?” Jay-Z wrote.

The news website Billy Penn was first to report the city’s decision.