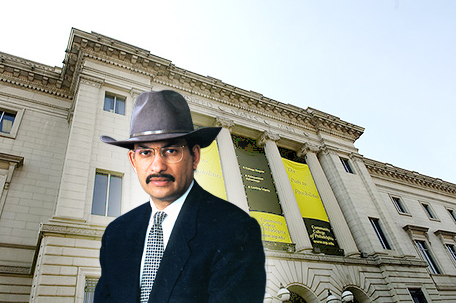 The $1,000 award, funded by friends and colleagues of the late Philadelphia journalist and community activist, will identify and give voice to emerging youth leaders who have demonstrated strong leadership ability and served as change agents in their schools, neighborhoods and faith communities.

Mondesire, who died in October, 2015, was known throughout the city for his activism and his role in broadening the scope and lens of journalism. Earlier in his career, Mondesire was a journalist, working at the Baltimore Sun, and later became the assistant city desk editor at the Philadelphia Inquirer.  He then became a top aide to U.S. Rep. William H. Gray, during which he advocated for many issues including voting rights and sanctions against South Africa.

Mondesire returned to journalism in 1992 to launch the Philadelphia Sunday Sun newspaper, where he continued to be a persistent voice for change.  Several years later, he returned to community service, serving as head of the local and Pennsylvania chapters of the NAACP, where he advocated for quality schools and challenged Pennsylvania’s voter ID law.

The J. Whyatt Mondesire Community Impact Scholarship at Community College of Philadelphia seeks to support the growth, development and recognition of local youth who toil quietly, often away from the spotlight, yet impact the City in meaningful ways.

The Philadelphia Sunday Sun will publish an article on the scholarship finalists, according to Catherine Hicks, who along with his son Joseph Mondesire, continue to publish the newspaper.

“Jerry’s newspaper will continue his efforts to shine a light on our youth leaders, and give voice to their issues and concerns,” she said.

“This scholarship embodies his legacy of embracing local youth, and preparing them to lead the City forward.”

Eligible applicants must be high school seniors graduating in June 2016 who intend to enroll at Community College of Philadelphia for the fall 2016 semester. Application deadline is June 15, 2016. Please visit www.ccp.edu/scholarships to apply.

Contributions to the J. Whyatt Mondesire scholarship fund can be sent to: The CCP Foundation, 1700 Spring Garden Street, Annex – 7th Floor, Philadelphia, PA 19130.  Please note the J. Whyatt Mondesire Community Impact Scholarship on the memo line of your check.  Donations can also be made by visiting www.ccp.edu/donate.  The site offers both one-time payment and recurring payment option.