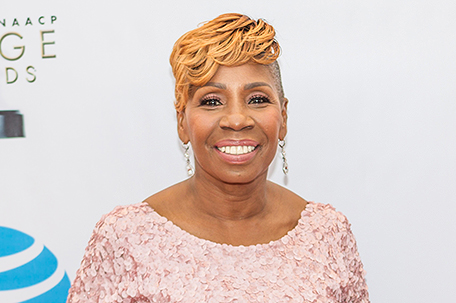 Author, inspirational speaker, and television host will address more than 1000 participants at the 108th convention in Baltimore

The Membership Luncheon will bring together over 1000 convention attendees and honors the commitment of our members who recruit and engage their communities in the work of the NAACP. Luncheon speakers are selected based on their community engagement, dedication to the mission of the NAACP and ability to convey a clear call to activism and action. The National Membership Department presents awards to members, units, states, and regions which have grown the membership base of the NAACP throughout the year.

“The NAACP is honored to have Iyanla Vanzant as our keynote speaker for this year’s Membership Luncheon highlighting the work those members who are responsible for recruiting and engaging members to do the important social justice advocacy required in our communities,” said Leon Russell, chairman of the Board of the NAACP.

“Her work and commitment to others, shines a bright beacon of hope over those seeking a better life,” he added. Host of her own television show, “Iyanla, Fix My Life” on the Oprah Winfrey Network (OWN), Vanzant is a former NAACP Image Award winner and the author of 15 books, including her first “Tapping the Power Within: A Path to Self-Empowerment for Black Women.”