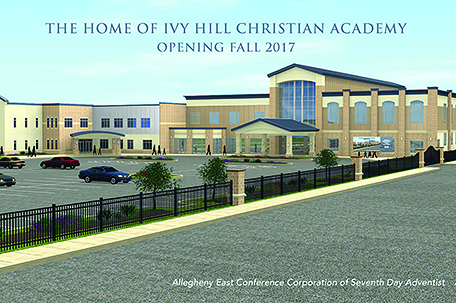 The journey to the new Ivy Hill Christian Academy in Mount Airy – scheduled to open in August – began nearly 100 years ago, with many twists and turns along the way.

In the mid-70s, the local Seventh-Day Adventist sister churches purchased a new property to house the Larchwood School on the corner of Sedgwick and Thouron Streets in the Mount Airy section of the city. The school’s name was later changed to Sojourner Truth Seventh-Day Adventist School before closing in 2005 due to building and financial issues. 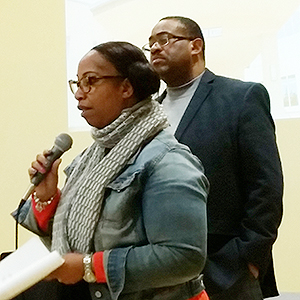 “It was very painful for me and our community of faith – not just the Germantown Seventh-Day Adventist Church, but the entire SDA community in the Philadelphia area,” said Senior Pastor Pete Palmer of the Germantown Seventh Day Adventist Church. “[Ever since then] we have been looking to get back into education. My father actually served as the principal of the former Larchwood [on Larchwood Avenue] from 1970 until 1974, and so I have a passion for education.”

It was a passion that Pastor Palmer held on to in faith, knowing that the opportunity would present itself again in due time.

“One day [some years later], we learned that this property was for sale,” Pastor Palmer stated. “We started praying about it, working towards [obtaining] it. I can’t tell you more than the grace of God somehow blessed us that we were able to purchase such a fabulous facility. It was built in 2007 (incorporating the old Pathmark supermarket site there). We are excited about being here.”

Having themselves gone through the process, Pastor Palmer, his congregants and the local Seventh-Day Adventist community respect and honor the level of sacrifice and pain the previous owners likely experienced when they had to sell the building.

“We have great sympathy for the church that built this property – that congregation obviously has a tremendous vision. Anyone who has walked through this building will see that they really thought this through well. The first time I walked through this property, my heart broke for that congregation — that they had to give up such a huge and lovely property,” Pastor Palmer recalled.

Ivy Hill Christian Academy will be a school for students of all faiths. The school also welcomes students who may not follow a faith tradition, but whose parents seek the moral and ethical discipline found in a dedicated Christian educational institution. The school is run under the auspices of the Seventh Day Adventist Church, but welcomes all families.

“At the end of the day, we are who we are. We are a Christian academy,” said Pastor Palmer. “So, if you are atheist or agnostic, but you want your child to have a values-based education, and are willing to accept the fact that we are a Christian institution, you are welcome.”

As a rule, when parents make a choice to send their children to a Christian institution, they have already accepted that there will be Christian-based instruction, explained IHCA School Board Chair Armina Domingue.

Sometimes – especially if they hold different beliefs –  parents of prospective students often have many questions about what a Christian-based education entails as they explore this option for the first time.

“We have had several people come through for open houses who are not Seventh-Day Adventists, or who are not Christians [at all].They’ve asked ‘what does that [Christian education] look like for my child?’ So, we’ve had very open, candid conversations with them,” she said.

Ultimately, however, it is about community — a loving, supportive community. 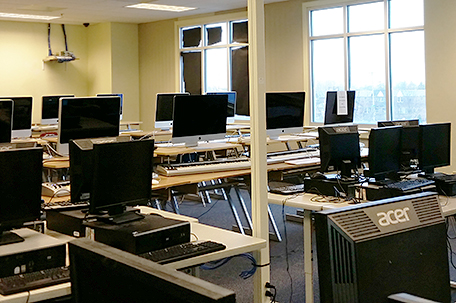 “Our number one goal is to provide Christian education to the children of Philadelphia, and that they can have a safe place to go and feel that they are loved, wanted, and needed, and that the parents feel that they are in partnership with the school. We are all BFFs – this is a family affair. We are only as successful as our parents’ involvement,” Domingue stated.

According to their website, the mission of the Ivy Hill Christian Academy will be “to provide opportunities for students to achieve their personal best, become responsible and productive citizens, and embrace lifelong learning in a safe and positive environment.”

The school will serve children from kindergarten to fourth grade, beginning in August of this year. The administration then plans to expand the school capacity slowly, adding one grade each year up to eighth grade. Their goal is to have no more than 20 kids in each classroom.

A brand new structure is being built adjacent to the existing building and is scheduled to be completed later this year. In addition to the gradual expansion of the school, they hope to house an intergenerational daycare program, medical offices and other organizations beneficial to not only the church, but the surrounding community and beyond.

There were open meetings held after the purchase of the property to learn what residents in the area wanted and needed most, and to incorporate that input into future planning.

Ivy Hill Christian Academy (IHCA) will base its curriculum on the North American Division Curriculum Guides. The school is aligned with the Seventh-Day Adventist Columbia Union Conference, the Allegheny East Conference, and Pennsylvania Common Core Standards.

Community service – which is paramount to the Seventh-Day Adventist Church – Bible and religion, foreign languages, physical education and health instruction will also be part of the school’s curriculum. Because IHCA is first and foremost a Christian institution, each school day will also begin with prayer and devotions. 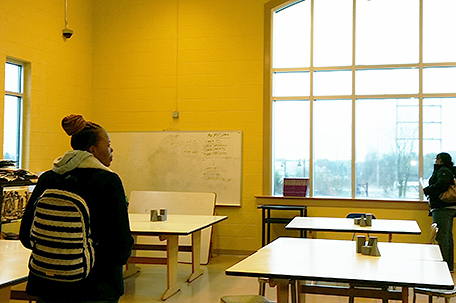 The school’s tuition is competitive with other private schools in the area. However, Ivy Hill Christian Academy is committed to helping all families with payment schedules that fit within their budget, as well as helping to identify scholarship opportunities.

One of those options the school is actively encouraging prospective parents to explore is the state of Pennsylvania’s Opportunity Scholarship Tax Credit Program (OSTC).

According to the Pennsylvania Department of Community and Economic Development website, this program — formerly known as EITC 2.0 — provides tax credits to eligible businesses contributing to an Opportunity Scholarship Organization.

Business contributions are then used by Opportunity Scholarship Organizations to provide tuition assistance in the form of scholarships to eligible students residing within the boundaries of a low-achieving school to attend another public school outside of their district or nonpublic school.

The local Seventh-Day Adventist community partners and administration of IHCA in general – as well as Pastor Palmer and his congregation in particular – are thrilled about the new school.

“We are going through our growing pains now, but the great thing is that while we are a new school in the Philadelphia area, we are not a new school within the school system,” Domingue said.

“We come from a long lineage of Seventh-Day Adventist Christian schools. From elementary schools to middle schools, to high schools, to colleges and universities. We’re not just making it up as we go along. There is a framework that already exists for us…we’re just building the rooms within this framework,” she concluded.

The school is hosting Open House tours during the month of April on Sunday afternoons from 2-4pm. There will be sample curriculum outlines available for parents to review. Light refreshments will be provided.

Applications are being accepted now for the 2017-2018 school year. In addition to student recruitment, there are also employment opportunities available. For more information, call (267) 428 – 0140 or visit: www.ivyhillchristianacademy.org.