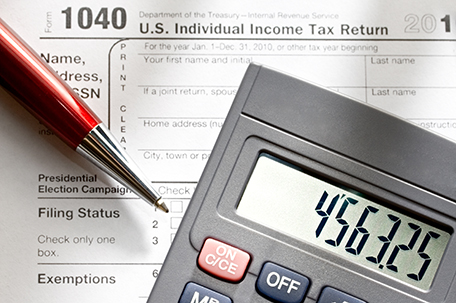 PITTSBURGH — Refunds totaling more than $31 million may be waiting for an estimated 37,400 Pennsylvanians who did not file a federal tax return for 2010, the Internal Revenue Service announced today. Nationwide, almost $760 million awaits about 918,600 taxpayers. To collect the money, however, these taxpayers must file their 2010 tax returns with the IRS no later than Tuesday, April 15, 2014.

“The window is quickly closing for people who are owed refunds from 2010 who haven’t filed a tax return,” said IRS Commissioner John Koskinen. “We encourage students, part-time workers and others who haven’t filed for 2010 to look into this before time runs out on April 15.”

The IRS estimates that half the potential refunds for 2010 are more than $571.

Some people may not have filed because they had too little income to require filing a tax return even though they had taxes withheld from their wages or made quarterly estimated payments. In cases where a return was not filed, the law provides most taxpayers with a three-year window of opportunity for claiming a refund. If no return is filed to claim a refund within three years, the money becomes property of the U.S. Treasury.

“The opportunity to stake a claim to refunds on 2010 tax returns expires at midnight on April 15, 2014,” said Jennifer Jenkins, IRS spokeswoman for Pennsylvania . The law requires that the return be properly addressed, mailed and postmarked by that date. There is no penalty for filing a late return qualifying for a refund. “The median potential refund for Pennsylvanians who didn’t file in 2010 is $614. That amount can go a long way to help people pay off or pay down some of their bills,” Jenkins said.

The IRS reminds taxpayers seeking a 2010 refund that their checks may be held if they have not filed tax returns for 2011 and 2012. In addition, the refund will be applied to any amounts still owed to the IRS or their state tax agency, and may be used to offset unpaid child support or past due federal debts such as student loans.

Seven things to know before tackling your 2011 tax return