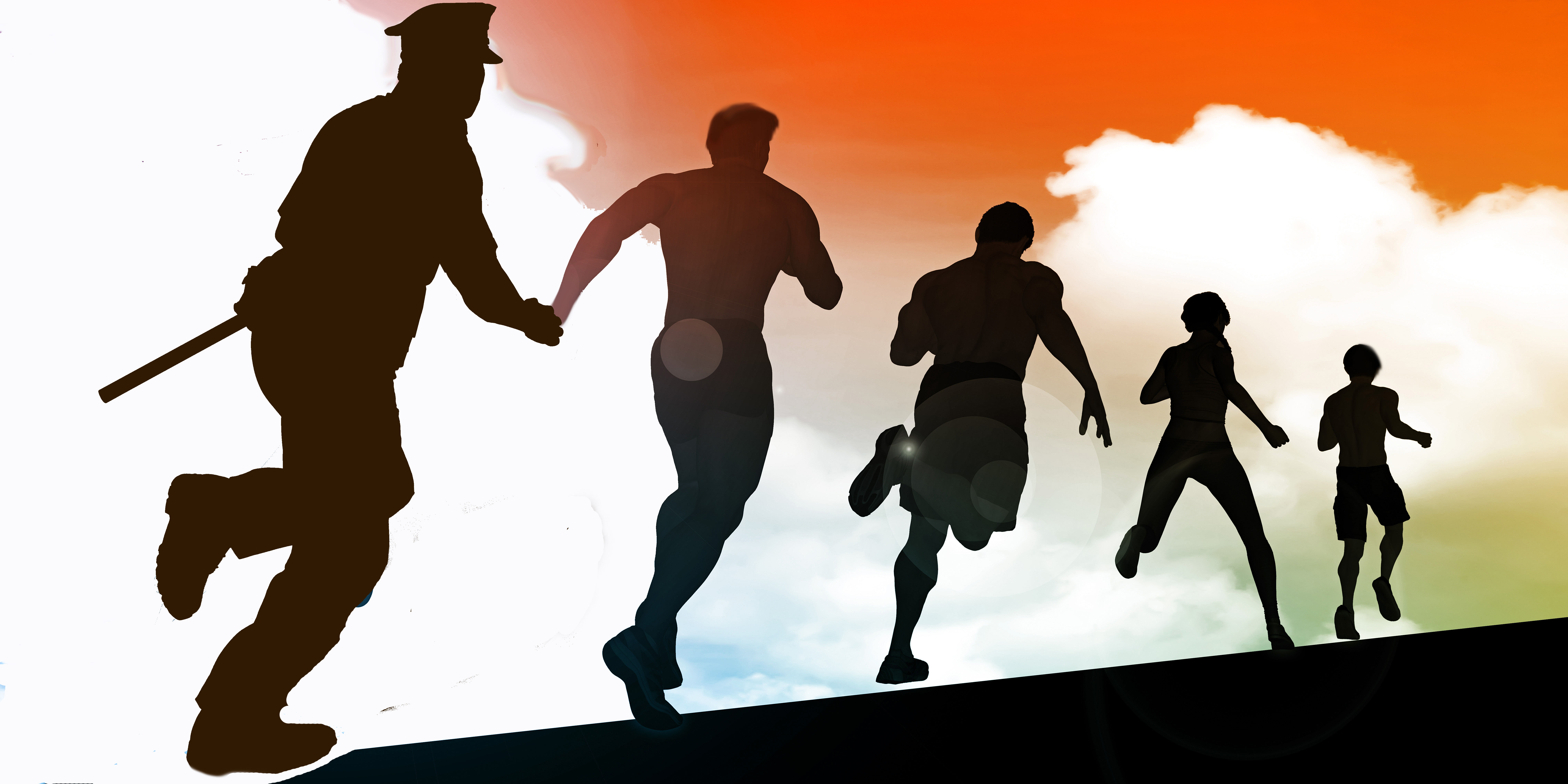 By Andrea Lawful Sanders
On Thursday, April 25, after a full days participation in the annual Penn Relays, three athletes from one of the Jamaican high schools, decided to go as a group to the Plymouth Meeting Mall, which was across the street from their hotel. The young men entered Boscov’s department store and began shopping for a few items to take back home with their pocket monies. And so began what became a nightmare that so frightened athletes and coaches alike, they would not soon recover.

In the middle of shopping and while talking to each other, they heard a loud commanding voice to stop what they were doing and to not move.
They complied; the police officers asked their names, date of birth, and where they lived. The young men responded truthfully, and had their passports handy to show them.

The police officers that stopped them said they were told by a sales associate that one of the young men put something in his bag. The officers checked all the bags and found nothing – yet according to the athletes, who kept insisting that they were simply visitors and had the money to pay for the items in their cart, they were not believed and were placed into a police car.

Another police officer walked over and after asking a few clarifying questions, told his peers these young men were telling the truth — they were athletes competing here for the relays. There were no stolen goods found on them and their passports corroborated what they said.

At this point, the athletes began to realize that the first two officers were hell bent on accusing them of something they did not do, based on how they looked.

You see, because of how cold they found the temperature in Philadelphia each year, the athletes wore “skull caps” and hoodies to stay warm. It not once occurred to the first two officers, that there was another explanation beyond stealing, and they kept trying to get the young men to confess to taking what they never did by being threatening to them.

“I could not believe what was happening,” said one athlete, who was not so much worried about himself, and in his naïveté thought that they could see he was innocent, so he believed that surely they would let them go. “I went from being a student who was here to make his school proud, to being treated like a thug. I am most ashamed that this experience devastated my coaches, who were so hurt, they broke down in tears at the sight of us in a police car. I already knew l was totally innocent and could not understand why they profiled us when we did nothing. We even showed them our money.”

Luckily for these young men, the third officer took on the wrath of his peers and let the young men go because he believed them.

God was definitely on their side, because they would have been given citations and court hearings for simply being in the right place at the wrong time.

The advice they were given is to always have chaperones, even if they are just going across the street, because the climate in this country for Black men is tenuous at best. It was explained that many Black lives were lost in recent years for much less than what they were accused of, and the adults around them had lawyers and counselors ready to move heaven and earth to protect their innocence.

On Friday morning, they had a short but impactful discussion about being wrongfully profiled. To see the shock, hurt and sadness on their faces was almost too much to bear.

It was heartwarming to see that they wanted people to know they were in the United States to bring honor to their school. They left with their chins lifted a little higher — and the adults feeling proud — that they (the athletes) kept thinking about the impact of this incident on their coaches, families, country and schools beyond themselves, and were grateful for the adults who stepped up to not only comfort, but help them find the pieces they were originally seeking to purchase.

They will not soon forget their experience at Boscov’s, the sales associate who profiled them, the police officers who tried to make them confess to doing what they would have never done, and the guardian angel who stood up in the gap for them.