In Search of #Justice 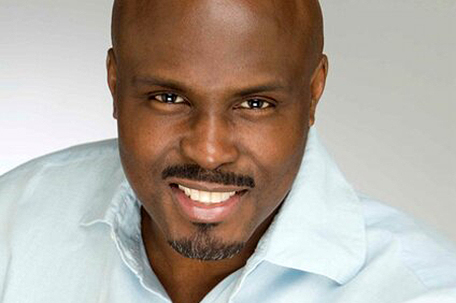 Author and radio host Solomon Jones looks at the deaths of Black men at the hands of police from the perspective of those left behind in the radio play “Justice: A #BlackLivesMatter Drama.

When a person of color is killed by a police officer, it becomes about a series of names.

But while you know the identity of the people killed and the people who did the killing, the family that’s left behind is rarely spoken about.

It is those people who are the subject of the radio drama, “Justice: A #BlackLivesMatter Drama”. Written by Solomon Jones, the host of 900AM WURD’s “Wake Up With WURD” show, the series takes a holistic look at the deaths of Black men at the hands of police.

In addition to “Wake Up With WURD”, Jones is a columnist with the Philadelphia Daily News and a contributor on WHYY-91FM.

The SUN talked with Jones about #Justice, why he decided to take on this topic, the choice of radio versus video, and the grassroots method he’s using to finance it.

SUN: Thanks a lot for taking the time, Solomon. I’ve heard a little bit of #Justice and would like to know what made you decide to take this topic on.

SJ: “Justice” is really the culmination of everything that I’ve been reporting on over the years. I’ve talked to grieving mothers and protestors. To me, this issue has begun a new civil rights movement. “Justice” goes through everything from what happened before the shooting, to what happens after the shooting.

We have 19 actors working on the project right now and I’m doing the writing, editing and producing in a studio in Philadelphia.

SUN: Tell me a little about the story.

SJ: I wanted to tell a story that’s not just about the victim, but also about the family. With technology, especially social media, we see these things as they happen. I’ve interviewed Brandon Tate-Brown’s mother [Tanya Brown-Dickerson]. I’ve interviewed Geneva Reid Veal, Sandra Bland’s mother. What I realized from talking with her is that as tragic as these things are, there’s a bigger purpose to them. You have someone like Veal whose become a voice in this struggle. You feel for her and the anguish and pain she feels from losing her daughter. But she’s a warrior. She’ll be on the front lines until she gets justice for her daughter. This is not just about the victim. It’s about the entire family.

SUN: Why did you choose radio as a medium? What kind of impact do you think that will have on the story you’ll telling?

SJ: I chose to do this as a radio play because I knew that doing it as a video would be more complicated and would take more people. It’s a level of help that I don’t have at the moment. I do have a videographer that’s working with me, but right now, audio was the simpler path to take. I love NPR and I love their way with stories. They take a deep dive with the things that they talk about.

Telling the story in this way also allows me to do it on multiple platforms. I can do it as a podcast, as a radio drama and as a podcast. I can move it to video later, taking it off of the page and putting it in people’s ears.

SUN: You work with multiple platforms for multiple news outlets. Will you be making “#Justice” available to them?

SJ: The people at the various media outlets I’ve work with have been very cooperative. I had been talking to the Daily News and WURD-had talked with them about it and WHYY is aware of the project. I’ll hope they’ll be involved.

SUN: As I understand it, you’re using crowdfunding to finance this project. What made you decide to go that route?

SJ: I’ve been working on this since April. I’ve done all of the background work, chosen the actors that I wanted to be involved and we’ve been in the studio recording episodes. We have five episodes done. I want to compensate the actors for their time. I’d like to be able to pay for an additional editor, to finish Season One and begin Season Two.

I decided to go with a GoFund Me account because I wanted to be able to have the community fund it and take ownership of it. I didn’t want any constraints that might keep me from telling the story in a truthful way.

SUN: How much are you asking for?

SJ: I’m trying to raise $10,000, and that’s money we’ll use to try and leverage it into additional sponsorship.

SUN: How can SUN readers get involved?

SJ: You can got to the GoFund Me account and make a donation.

SUN: Well, thanks a lot Solomon. Good luck with your new project!