In Search of Bold Leadership 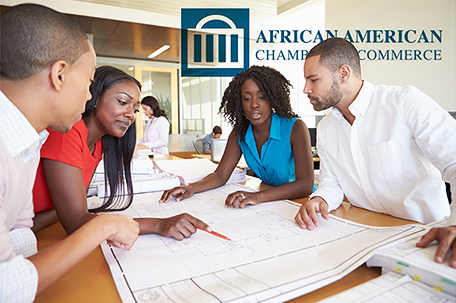 Taking the reigns of a city on the cusp was the theme of the African American Chamber of Commerce annual meeting on Wednesday.

What Philadelphia needs right now is some bold leadership, and the African American business community has to step up to provide it.

That was the overriding theme of the African American Chamber of Commerce’s annual meeting held at the First District Plaza on Wednesday night.

“Because of the city’s needs, needs that include more and better jobs and a school system that can prepare people for them, the African American business community needs to be an active participant,” said Lisa Crutchfield, senior vice president of advocacy and public affairs for the Greater Philadelphia Chamber of Commerce, one of four business titans speaking on the theme “Here for the Making.”

“We need for everyone to get involved in the issues,” she said. “We need to stand up and provide bold leadership.

Where that leadership is needed most is in the area of the city’s schools, Crutchfield said. Without a fully funded school district that has what it needs to provide books, computers and other equipment important to learning, it won’t matter how many jobs the Chamber’s members create. No one will be prepared to fill them.

But we need to form a united front in terms of letting Harrisburg know what we want, Crutchfield said.

“We need to sing from one hymnal,” she said. “We need to let them know just how important this is and provide a clear direction for them. We need to put partisanship aside and show bold leadership.”

The call for leadership was the overriding theme echoed by the other speakers for the evening: Steven Wray, Executive Director of the Economy League of Greater Philadelphia; Emmett T. Vaughn, Director of the Office of Diverse Business Empowerment, Exelon Corporation.

The Vanguard Award went to Patricia Coulter, the outgoing President of the Philadelphia Urban League. Coulter, who announced her retirement in December, echoed the call for bold leadership.

“I feel a sense of urgency in our community,” she said. “We need to lead in a bold way and to form more strategic partnerships.

Another highlight of the evening was the announcement that Wells Fargo Bank will donate $25,000 to the African American Chamber of Commerce Foundation.