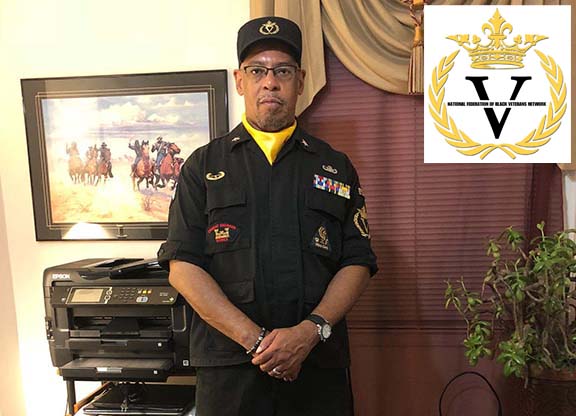 Maury Wendell Singleton was born to Nathaniel and Louise Singleton on September 18, 1957, in Brooklyn, NY. The second oldest of five children, he was an inquisitive child always interested in learning. Maury received part of his education in Camden, NJ; later, the family settled in Philadelphia, where he finished his education through the Philadelphia school system. He graduated from Germantown High School in 1975. Shortly after graduation, Maury along with his close friend, Greg Bundy, who briefly stayed with the family and was considered a brother to Maury, inquired about enlisting in the Army. Because Maury was just shy of his 18th birthday, he would have to wait. Both Maury and Greg would go on to join the army a few months later. They were stationed together during most of their military career and stayed lifelong friends. During his military career, Maury was stationed in South Korea and in Fort Riley, Kansas. He was honorably discharged as a Staff Sergeant E6 in 1981 and graduated with honors from the Institute of Security and Technology in 1987.

Maury was a kind, giving and knowledgeable man who always put family first. He was the connector of the family. The one who orchestrated everyone getting together, whether it was through his organization or a family birthday, holiday, or celebration. He enjoyed many genres of music and dancing. He was especially fond of reggae and had an extensive collection.

Maury had a beautiful voice and enjoyed playing the trumpet and the electric guitar. For a short time, he, along with his sister Natalie, were in a band they formed called Groceries, Beer & Wine. Maury was also a talented artist with an array of beautiful drawings of artwork that covered the family’s basement walls. He was also creative with his hands, designing and building his famous light boxes on display and sale for others to enjoy. He also had a love and gift for animals. At home, he was rarely seen without his shepherd mix, Bucchus, who he personally trained. Maury was a trustworthy community figure as well, volunteering to look after the church the family periodically attended. The church pastor would often entrust him with the keys to maintain the church hours while they were away.

Maury was a family-oriented person. He loved and supported his siblings and believed that family should always be there for one another. Maury had three daughters from previous unions. His first-born daughter Ameera (Denyse), second Ketura (Linda) and his baby girl Hadassah (Sylvia), and seven grandchildren. Maury loved his girls and grandchildren, expressing to others how proud he was of their achievements. In 2011, Maury married his first love, Elise Brown. Elise and Maury met at a young age and had a strong bond. After high school, Maury enlisted in the Armed Forces and Elise went to college. They rekindled their love and relationship in 2008, bringing their families together, which included Elise’s son Francisco from a previous union.

Maury was very spiritual, and although he went to a Catholic middle school, he became a student of the Torah and later of the Kabbalistic teachings. A real truth seeker, he delved into understanding the mysteries of the universe and practiced and shared his teachings with all who were interested. Maury had over 30 years collectively of business experience and community activism. His resume includes owning several businesses and serving as executive director of several human and community service organizations. For many years, he owned and operated the Community Blessing Bill Payment and Business Center, where he partnered with the Welfare to Work Program serving the West Philadelphia area.

In May of 2002, Maury was presented with the Key to the City of Philadelphia in a ceremony held by the mayor’s office recognizing him for his contributions to the community. He also received a Community Service Award from the Legacy Foundation.

In 2008, Maury founded the National Federation of Black Veterans Network (NFBVN) which is a 501(c)(3) organization that offers an alternative avenue to supporting all veterans. He would often remind us that since the Revolutionary War, African Americans have served and risked their lives in defense of the United States of America and how many stories go untold and lives forgotten. He believed that acknowledgment, support, and recognition of Veterans are productive ways to honor their service.

Maury served as an executive committee member of the Philadelphia Branch NAACP and chair of the Veterans Affairs Committee for the branch. He was also a board member for The Cobbs Creek Community Environmental Education Center and executive director of the Community Blessing Center.