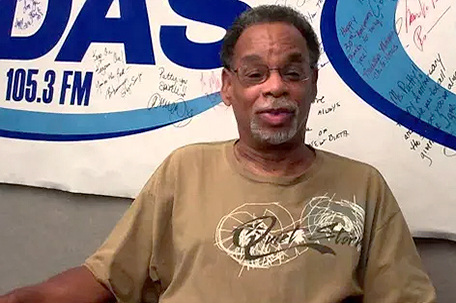 For more than 45 years, Brown’s silky-smooth voice has been synonymous with the sounds of the night in the Delaware Valley. He was the host of “The Quiet Storm,” which aired on 105.3 WDAS FM weeknights from 7 p.m. to 12 a.m., and “The Sunday Brunch,” which aired Sundays from 12- 3 p.m.

The show spent eight years on iHeartMedia Philadelphia’s Power 99 FM before returning to 105.3 WDAS FM in 1997. In addition to being on the air, Brown co-wrote “The Quiet Storm” signature theme song with Bert Willis, Rob Arthurs and Rudy Gay, and received numerous awards throughout his career, including Radio & Record’s 1999 Industry Achievement Award, the 2002 Vaughn Harper Excellence in Radio Award and the 2006 March of Dimes Achievement in Radio Award. Brown began his radio career at Temple University’s WRTI-FM in 1969.

“We have to speak to the greatness of this radio icon who walked through the doors of WDAS FM,” said Derrick Corbett, Senior Vice President of Programming for iHeartMedia Philadelphia. “Tony Brown was an exceptional talent and an example for us all.”

“Tony was such a wonderful man,” said Patty Jackson, 105.3 WDAS FM midday air personality. “He was family. He may be gone, but the impact Tony Brown left on Philadelphia radio and the people that he touched will never be forgotten.”

“It was a joy to work with a legend,” said Frankie Darcell, on-air personality for 105.3 WDAS FM.

Brown left the airwaves at 105.3 WDAS FM in 2018 for health-related reasons shortly after the station held his 45th-anniversary celebration in October of 2017.

At the time, Brown said, “I never imagined my radio career would span 45 years, but then again, I love it so much that I never thought of doing anything else.”

There will be a memorial service at a time and location TBD that will be restricted to 25 persons due to COVID-19.