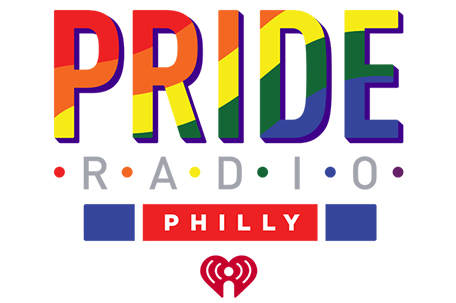 Pride Radio Philly, a broadcast extension of the popular digital station Pride Radio on iHeartRadio, iHeartMedia’s all-in-one streaming music and digital radio service, will play the hottest dance remixes and pop hits from artists such as Rihanna, Katy Perry, The Chainsmokers, Calvin Harris, Beyoncé and others. The station’s on-air programming will include an emphasis on local community news, plus several music and entertainment shows throughout the day with popular on-air personalities: Ricky, from 6 – 10 AM; Delana, from 10 AM – 2 PM; Houston, from 2 – 6 PM; Pacey, from 6 – 10 PM; and Christie, from 10 PM – 2 AM  Other voices of Pride Radio Philly will include local market veteran Loraine Ballard Morrill, Director of News and Community Affairs, as well as Q102 on-air personality Casey, and Power 99 on-air personality Mutha Knows.

“Philadelphia has an exciting, passionate and growing LGBTQ community and we hope to amplify their voice on Pride Radio Philly,” said Brian Check, Senior Vice President of Programming for iHeartMedia Philadelphia.

Morrill added, “iHeartMedia Philadelphia has supported and worked closely with the LGTBQ community for many years. I’m thrilled that we now have a digital station that will serve our local LGBTQ community and allies.”

Fans can hear LGBTQ news and the hosts’ perspectives on current events by listening to Pride Radio Philly via the station’s website, prideradiophilly.com, as well as on 102.1 HD2 in Philadelphia, iHeartRadio.com and the iHeartRadio mobile app.

iHeartMedia is a leading media outlet in the Philadelphia market and its content is available across multiple platforms, including its broadcast station; online via its branded digital site; mobile; and social, with nationwide listening through iHeartRadio – with its more than a billion downloads and 95 million registered users.

iHeartMedia Philadelphia announces the debut of the New Real 106.1