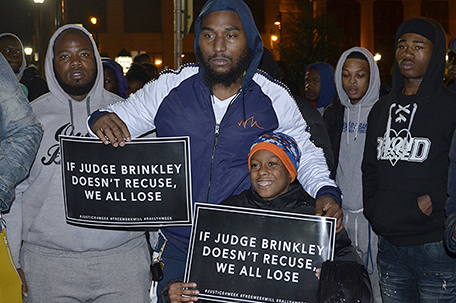 Hundreds of people have gathered in Philadelphia to protest rapper Meek Mill’s imprisonment on probation violations.

Mill was sentenced to two to four years in prison last week for violating probation in a nearly decade-old gun and drug case.

The prosecutor called for no prison time, but Common Pleas Judge Genece Brinkley said during the sentencing hearing that the 30-year-old musician had wasted several chances to clean up his act.

The FBI has reportedly launched a probe into the judge who presided over Meek Mill’s legal case.

The 30-year-old hip-hop star was recently sentenced to two to four years in jail for a probation violation by Philadelphia judge Genece Brinkley, but after the decision was publicly criticised by the likes of Jay Z and Rick Ross for being too harsh, the FBI has apparently launched its own investigation into the matter.

A source told the New York Post newspaper’s Page Six column: “The feds have an interest in the judge and [her] potential relationships.

“This is an investigation looking into a possible extortionate demand. Undercover agents have been in the courtroom monitoring the Meek proceedings since April 2016.”

According to Meek’s attorney Joe Tacopina, the judge showed “enormous bias” against the rapper, who broke the terms of his probation, which related to his drug and weapons case in 2009. 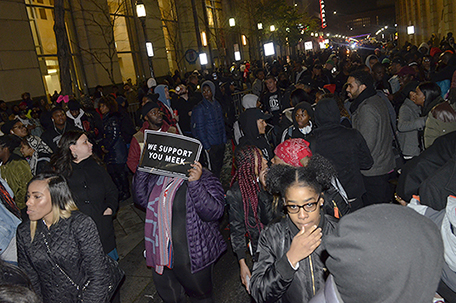 He also accused Brinkley of acting “inappropriately” by repeatedly asking Meek to cut his ties with Roc Nation, and instead sign with Charlie Mack, whom Meek was connected to earlier in his music career.

The insider said: “Mack had previously told Meek how he ‘knows the judge and he could help him with his case.”

Despite this, Mack has denied having any sort of relationship with the judge.

He insisted: “I’ve spent more time talking to you than I ever talked to the judge. There is no conspiracy, Meek is an old friend of 30-plus years.”

The New York-born icon – who founded the Roc Nation label – said: “The sentence handed down by the Judge – against the recommendation of the Assistant District Attorney and Probation Officer – is unjust and heavy handed. We will always stand by and support Meek Mill, both as he attempts to right this wrongful sentence and then in returning to his musical career.”

His lawyer has said he will appeal the decision.

The Daily Iberian contributed to this article