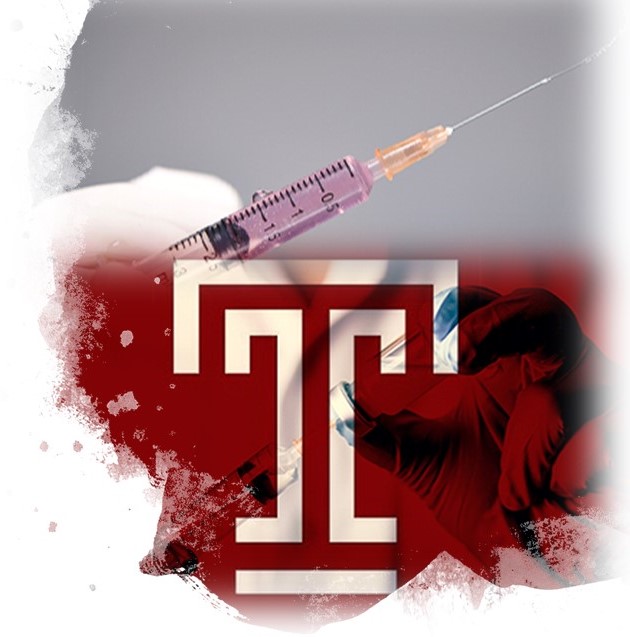 PHILADELPHIA (AP) — Hundreds of students and staffers lined up at Temple University for free vaccine booster shots Wednesday as the number of mumps cases at the school has topped 100.

As of Tuesday, the number of confirmed and probable cases at the university has reached 105, according to the city health department.

The MMR vaccine, for measles, mumps and rubella, will be available to all Temple students, faculty and staff on Wednesday and Friday in an effort to contain the outbreak.

Among those in line Wednesday was Lauryn Edmondson, a 20-year-old communications major.

“At first, I was kind of freaking out a little bit,” she said, adding she worried because she has some friends and family members who are immunocompromised.

“The best I can do for myself and others is to get my booster shot,” she said.

She said she felt the school could have initially done a better job at informing students about the outbreak. She said now the school is distributing helpful information and she said she feels like she has a better handle on it.

Fifty years ago, mumps was a childhood rite of passage of puffy cheeks and swollen jaws. That all changed with the arrival of a vaccine in the late 1960s, nearly eradicating the disease. Research suggests that protection fades 10 or more years after the second dose.

The Centers for Disease Control and Prevention say the MMR vaccine is the best protection.

Mumps is caused by a virus. It’s contagious and spread through coughing and sneezing. Common symptoms are fever, headache, and painfully swollen salivary glands that can cause puffy cheeks. Most cases occur in children and teens who spread it at schools and dormitories.

Some people never have symptoms. In most others, it is a mild disease that people completely recover from in few weeks. Sometimes it can lead to complications: hearing loss, meningitis and swollen testicles. In rare cases, infections lead to sterility.