Human trafficking…avoiding “the life” at all costs 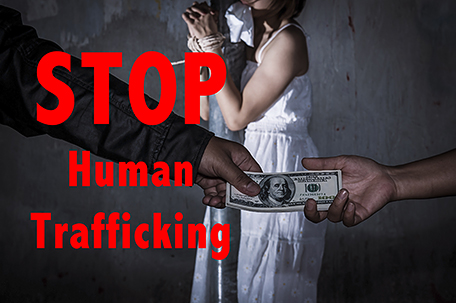 Poverty and homelessness often places children, adolescents and even adults in harm’s way. Human traffickers look at those with housing or food insecurities as easy targets, especially those who are living in cars or squatting in abandoned houses.

Just offering a hot meal, a couch to sleep on for a night, or small amounts of cash may be all it takes to lure a desperate person into what is known on Philadelphia streets as “the life.”

This fourth article in the Philadelphia Sunday SUN’s series on human trafficking will deal with how homelessness and hunger can lead one into “the life.”  Some of those who are struggling to find housing or groceries will likely be picked up during the spring and summer season when more tourists and convention attendees come to the Delaware Valley region for special events.

“I am always concerned about trafficking increasing during things like the NFL Draft week coming to Philadelphia,” said the Rev. Dorette Ligons-Ham, who works with the city’s homeless population in her ministry at Triumphant Church of Deliverance.

Ligons-Ham is the former director of the Homeless Children’s Initiative, a federally-funded program that worked with the School District. She sees a direct connection between those living from “pillow to post” and the risk of becoming victims of human trafficking, particular during “high traffic” times.

“Too many have been putting their heads in the ground when it comes to human trafficking here in Philadelphia,” she said. “Columbus Boulevard has always been an area where young girls are trafficked. I am talking about girls between the ages of 11 and 15.”

During these peak weeks,” Ligons-Ham continued, “they will be down in that area giving lap dances to elderly men. What enrages me is that too many know about it and do not address it. On the other side are those who remain unconscious about it.”

“There may be someone in their own household or they know well engaged in this. If you know of someone who is couch surfing because they do not want to live in a shelter, or if a young girl or boy is always hungry and coming [to your home]for meals, they are targets. Traffickers are looking for the transient who are staying above water and living under the radar,” Ligons-Ham said.

Ligons-Ham contends that those in the community can help reduce the local trafficking by noticing the signs of homelessness and hunger, especially in older children and teens. For instance, if an adolescent is spending many nights at one’s home, question why.

“We have many young people, high school age, who are evicted from their homes and they do not want to end up in foster care, or are embarrassed to go to a shelter. They become very creative in figuring out ways to survive,” she said.

The Philadelphia Interfaith Hospitality Network has also been addressing this dilemma. This nonprofit joined several other community groups at two City Council public hearings last March to discuss the recent rise in Philadelphia’s homeless population and to present possible solutions  to the city’s current eviction crisis. While their focus is on families being evicted from rental housing, boarders and children are also evicted.

“Hundreds of Philadelphia families, even from the priciest neighborhoods of our city, find themselves homeless during the course of any month, Rachel Falkove of the Network said. “Homelessness occurs for a myriad of reasons and comes with many costs. A great city, like Philadelphia, can and should do better for its vulnerable citizens.”

Unfortunately, there could be an increase in human trafficking victims as the city’s poverty rate continues to rise. The Pew Trust’s recently released 2017 report, “Philadelphia: The State of the City,” has grim news. It noted that poverty was the city’s “most daunting and intractable problem.” Currently, the city has the highest poverty rate of any of the 10 big cities in the country at 26 percent. It is third among the nation’s major cities – only trailing behind Detroit and Cleveland.

“More than 400,000 Philadelphians live below the federal poverty line, including 37 percent of children and 43 percent of Latinos,” according to the Pew report.

Tom Mahon, communications manager for the Greater Philadelphia Coalition Against Hunger, said that hunger in Philadelphia hits every zip code and neighborhood. He also stated that because of the stigma attached to it, many are ashamed to discuss how severe the problem [is], or to let others know they are struggling financially.

“Food insecurity in the city hits one in four people,” Mahon said. “We have as many hungry people as we do the homeless. Many of the hungry are not homeless. But, since we are aware of this, we can help folks get SNAP (Supplemental Nutrition Assistance Program, formerly known as “food stamps”). We also have a map on our website showing more than 300 food pantries and food kitchens, so those who need it can get immediate relief.”

Mahon said that though the Coalition’s “Walk against Hunger,” which concluded on April 8th, those wishing to donate can still do so until the first week in May. “We had more than 3,500 participate in our walk. For many smaller volunteer food banks, these funds provide for most of their operating budget. It’s not too late to visit hungerwalk.org and donate,” Mahon said.

Ligons-Ham said it is important to tackle the connection between poverty issues and trafficking.

It will take a unified community effort to identify potential or current trafficking victims, she said.

“This is the invisible population of our city,” Ligons-Ham said. “Too many young girls and boys are now becoming a commodity because our system is broken.”

“It’s time we take our heads out the sand and vigorously address this epidemic by addressing some of the root causes of this cycle.”