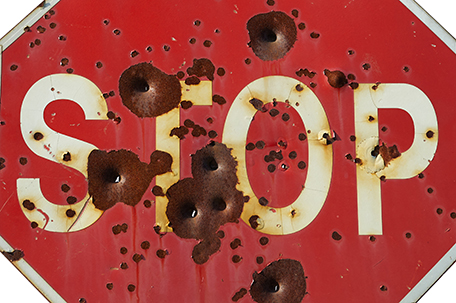 The center, which would be based at a Pennsylvania college, would be responsible for working with the governor and General Assembly on gun violence prevention strategies.  The center would study gun violence issues, review reform proposals and help draft new polices to combat gun-related violence.  All research would be made available to the public.

“We have to do much more to address gun violence,” Hughes said.  “Not only should assault weapons be banned, there are additional steps we can take to address the root causes of gun violence.

“Pennsylvania needs an institution that is dedicated to in-depth study.”

Hughes’ and Farnese’s plan would enable in-state colleges or universities to submit proposals to host an unbiased research panel.  The governor would choose the host school.

“Legislators and policymakers at all levels should have updated information to help craft policies that would be effective in eliminating gun violence,” Farnese said.  “Due to federal restrictions, there simply has not been enough detailed information to ascertain the best approaches to stop gun violence.”

Since 1996, there has been a prohibition against federal funding of gun research.  In the recent omnibus appropriations act, Congress eliminated the so-called “Dickey Amendment” that prohibits federal funding to support such research. Prior to the vote in the U.S. House, Senate Democrats penned a letter to Pennsylvania’s Congressional delegation calling for the removal of the Dickey Amendment prohibitions.

“In our letter to the delegation, we asked members of the House from Pennsylvania to step up and remove the language that prevented federal funding for gun violence research,” Farnese said.

Farnese and Hughes coordinated the effort among their Democratic Senate colleagues to lobby the congressional delegation for the change.

“We need more study, data and understanding about the causes of gun violence,” Hughes said.  “Whether study is conducted and paid for by federal funds or through an institution like the Pennsylvania Center for Gun Research, the analysis and research should not be viewed as a threat.”

Hughes said the cost of operating the center would likely range between $1 million to $2.5 million per year.  He said much of the infrastructure for such a center already exists at many colleges.

According to the CDC, from 2001 to 2010 Pennsylvania had the fourth most firearms-related deaths in the nation.  In 2017, there were 346 mass shootings in the United States.  Thus far in 2018, 34 mass shootings have occurred.