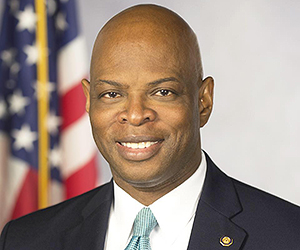 HARRISBURG – As part of his ongoing efforts ensure the safety of children, State Rep. Stephen Kinsey, (D-Phila.), is commending his House colleagues for unanimously passing his measure to protect kids from pornography.

His amendment helped narrow the language of House Resolution 519, which declared the distribution of these exotic materials a “public health crisis” for families across the commonwealth.

Kinsey’s amendment stressed the importance of highlighting the dangers of child pornography, children’s exposure to pornography, the exploitation of children and child trafficking.

“We have a responsibility to protect our most vulnerable and innocent citizens,” Kinsey explained. “Our children depend on us to look out for their best interests. I strengthened this resolution to make sure its message was clear.”

Kinsey said staff of both caucuses worked on the language, with Rep. Matt Baker, (R-Tioga), who was the sponsor of the resolution, acknowledging the amendment was agreed to.