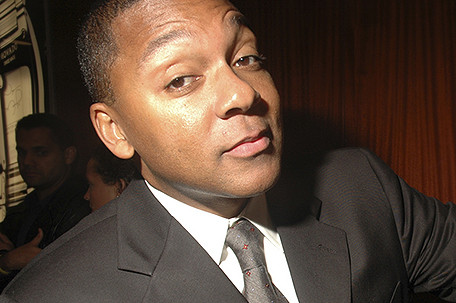 The Board of the Marian Anderson Award announces that Soledad O’Brien, journalist, executive producer, philanthropist and CEO of Starfish Media Group will host the November 10th Award Gala Concert, where Wynton Marsalis will be honored as the 2015 recipient of the Marian Anderson Award. Performers that evening include Misty Copeland, who recently became the first African American woman to be named a principal dancer at American Ballet Theatre. Copeland will perform a new work choreographed by Robert Garland, Philadelphia native and Resident Choreographer with the Dance Theatre of Harlem. Three-time Emmy winner Bill Jolly will serve as music director, and Lalah Hathaway, two-time Grammy Award winner, and Kim Burrell, Gospel superstar and three-time winner of the Stellar Award, will celebrate Marsalis with vocal performances. At the concert’s conclusion, Marsalis will take the stage, reuniting with his original septet. Only two months away, it will be a night to remember!

“The Board of the Marian Anderson Award could not be more honored to host such acclaimed artists in Philadelphia for the celebration of the musical achievements and educational work of Marsalis,” says Marian Anderson Award Board Chair Nina C. Tinari. “We are expecting a sell-out crowd for this year’s Gala Concert.”

As a nine-time Grammy winner, National Medal of Arts Award recipient, and the first jazz musician ever to win an esteemed Pulitzer Prize for Music, Marsalis is one of the world’s most celebrated leaders in the performing arts community. Marsalis’ work on and off stage honors Jazz and its transcendent, democratic, and uniquely American value system. Achievement, service, community, and swing are all hallmarks of Marsalis’ broad footprint on the world’s cultural landscape.