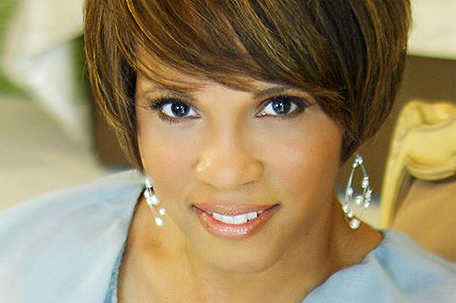 ABOVE PHOTO:  Sophia A. Nelson

At its 28th annual Madam CJ Walker Luncheon, The National Coalition of 100 Black Women, Inc.-Pennsylvania Chapter, honored women who handle their business like the luncheon’s namesake.

The women who were gathered at the Lowes Hotel in Center City for the National Coalition of 100 Black Women-Pennsylvania Chapter’s Madam CJ Walker luncheon last Saturday were some of the best and brightest that Philadelphia’s Black Community has to offer.

They were well dressed, chatting like old girlfriends, and hugs were exchanged all around. Self-esteem hung over the room like a perfume that everyone wanted to bathe in.

And if you walked into that room armed with only the images of Black women are the ones you see on television shows like “The Real Housewives of Atlanta”, “Basketball Wives”, or even “Scandal” and “Being Mary Jane”, the image at the Lowes might have left you confused.

According to luncheon speaker Sophia A. Nelson, it shouldn’t.

“When you see Black women on television, you see side chicks, video vixens, angry Black women who are suicidal or depressed,” she said. “That ain’t us. That’s not true. That’s not who you are.”

But that’s why women like Madam CJ Walker are still celebrated, Nelson said. If a woman who was born poor can manage to create a business that made her a millionaire by the time she was 33, there’s nothing that’s out of the realm of possibility for the Black woman of today.

“We live in a privileged time as Black women,” Nelson said. “If a poor Black girl in the 1800s can become a millionaire and start a business that employed 25,000 people, there’s nothing we can’t do. That’s the stock you come from, not the “Housewives”. We need to reject those images.”

For the 600 women who gathered for the luncheon and those who came to the Economic Development workshop that started the day at the Lowes, celebrating the positives of Black women was all that was on the menu. From presenting scholarships and laptops to young women beginning their journey to honoring women for what they’ve achieved, it was a time for celebration.

The Madam CJ Walker Award, which goes to a businesswoman with a 5-year-old business that has also demonstrated community involvement, went to Zina Johnson, proprietor of the Hair 4 U hair salon. The first runner up was Sharon Hackney Robinson of Me & The Girls Alternative Skin Care, LLC and the second runner up was Teresa L. Watkins, principle of Time, Sweet Time.

The PECO Power To The Community Award went to former Madam CJ Walker Award Winner Vanesse Lloyd-Sgambati for her work with the African American Children’s Book Fair and her other literary pursuits.

NBC-10 reporter Monique Braxton was the mistress of ceremonies.