Honoring the Past, Embracing the Future; The 2018 NAACP Awards Reception and Gala 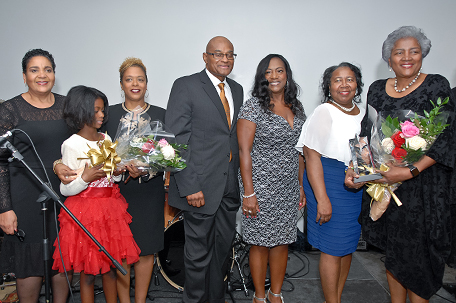 A new venue – the National Museum of American Jewish History Ballroom in Center City — and a brisk evening were the backdrop for the 2018 NAACP Awards Reception and Gala last Friday night.

The theme for this year’s well-attended event was “Political Renewal” and the state of political discourse and policy, the upcoming midterm election, what is at stake and a call to action were recurring themes throughout the evening.

So was a sense of determination. 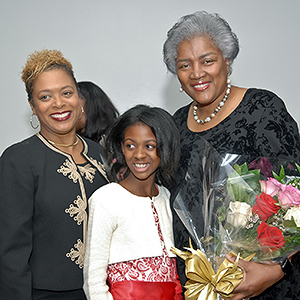 “Last time I felt so unstable about the future of this country was in 1968,” Mayor Jim Kenney said during his remarks. “I was 10 years old. Dr. King and Bobby Kennedy were assassinated. The Vietnam War was at full swing. There were civil rights fights all over the place, and rightfully so. George Wallace was running for president against Richard Nixon and Humphrey. It was a horrible time, but we came through it…we’ve got to vote in the midterms. They [the GOP] are taking for granted that we are going to stay home; they are wrong.”

Several leaders were recognized for their contributions to the community over the years and special awards were presented.

Councilwoman Cindy Bass (D- 8th District) was the winner of this year’s J. Whyatt Mondesire Political Activist Award. During her acceptance speech, Bass spoke about her deep respect for Jerry’s tenacity and drive when it came to the things he cared so deeply about – journalism, politics and community activism.

“One of the things you have to say about Jerry is that he was a fighter who would fight you tooth and nail. I’m so honored to receive this award in his name to signify that I have risen to a level of showing that I am about fighting for our communities and fighting for our neighborhoods,” Bass said.

The Corporate Citizen Award was presented to both Romona Riscoe Benson, director of corporate relations at PECO and Ron Davis, vice president and chief diversity officer at PARX Casino.

“It is an outstanding privilege to get this award tonight. I thank the NAACP, Mr. Muhammad, the board, and all that are concerned, because I started with nothing” Davis said. “I was broken, and God put me together again.”

In her acceptance remarks, Riscoe Benson recalled hearing about the NAACP’s long history during a public service announcement campaign she heard growing up in New York. The campaign had a great influence on her. 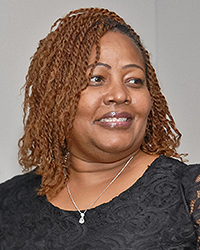 “The organization had in its ranks people like W.E.B. DuBois, Medgar Evers, Myrlie Evers, Julian Bond, Ben Hooks, and Ben Jealous, people who were our voice at the table.”

Riscoe Benson added her voice to those calling attention to the November 6 election.

“Our job is to vote,” she said. “If we do our job the way we are supposed to, The NAACP can do its job for us.”

Veteran broadcaster and journalist Thera Martin – winner of this year’s All-Star Media Award — spoke warmly about her association with the Philadelphia chapter in many different capacities over the years.

“I will never forget when as a young woman of 21 years of age meeting this tall, dark, handsome gentleman by the name of Alphonso Deal, then president of the local chapter. Upon my first meeting with him, he asked me the question, ‘Are you a member of the NAACP?’. When I replied, ‘no’, he fixed that error right away and got me signed up, and I’ve been a proud member ever since.”

A special award — the Community Administrator Award — was presented to Rochelle Bilal, president of the Guardian Civic League and the NAACP Philadelphia Chapter board secretary.

Keynote speaker Donna Brazile — who was presented with the Fannie Lou Hamer Political Leadership Award — began her remarks with a tribute to the NAACP and its work.

After speaking at length about her 50 year-long involvement in American politics and the importance of voting in this year’s midterm election, Brazile also spoke about the problematic history of the Democratic Party, the need to continue to hold them accountable and the NAACP’s role in the party’s expansion.

“The Democratic Party has not always been the friend of African-Americans,” she said. “The Democratic Party was hostile to the fight for racial equality in the 19th and 20th centuries. The NAACP fought the Democratic Party to remove the walls of segregation and to give us the ballot. It’s not an overstatement to say that the NAACP helped to make the Democratic Party what it is today – a party of diversity and inclusion. I tell people on the Democratic National Committee that we will continue to fight; I said in the last meeting that I will fight you myself. Nobody gave me the seat I have – Fannie Lou Hamer made it possible for me, this little Black girl from New Orleans, to have a seat at the table. The Democratic Party owes a lot to this organization. We’re not a perfect party, but because of your help, and because of your willingness to speak truth to power, we’re a stronger party…we’re a better party.”

Brazile went on to tell the attendees that for the first time in the nation’s history, one third of the women who are the nominees for the Democratic party running for the House of Representatives are women of color. In more ways than one, the outcome of November 6 election will determine the future of a country whose demographics are rapidly changing.

For more information about the NAACP Philadelphia Chapter, its programs and about how to become a member, call (215) 455-1011 or visit: http://philadelphianaacp.org/.