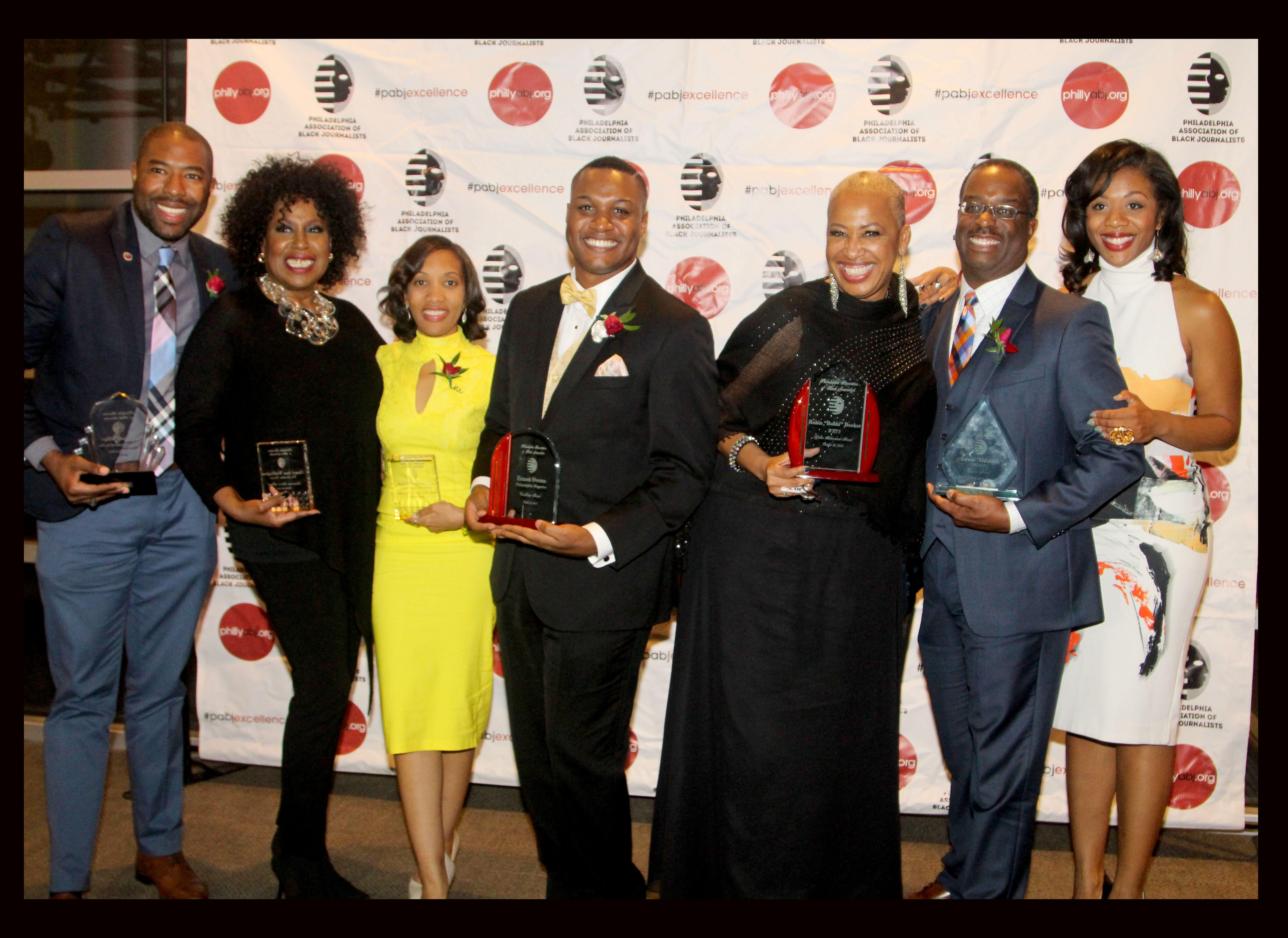 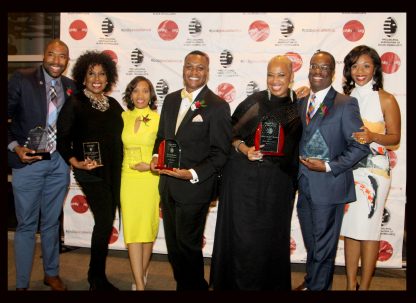 Philadelphia Association of Black Journalists (PABJ) brought out some of the best and brightest journalists for their 11th Annual Awards and Scholarship Gala at WHYY.

Held on October 22, many journalists from the city mingled to congratulate journalists of color.

In addition to the awards ceremony, the event featured a silent auction that raised over $1,000. Auction prizes included a cowboy hat belonging to late Philadelphia Sunday SUN founder and publisher J. Whyatt Mondesire (known for his signature cowboy hats).  Councilman Derek Green, also in attendance at the gala, was the lucky bidder to win that prize.  Other prizes donated for the auction were a baseball autographed by Ryan Howard, high end art, an African American book collection, tickets donated by the SUN to a concert featuring Alyson Williams & the Blue Notes and tickets to the Marion Anderson Awards Gala.

The host for the evening’s events were anchor and reporter, Rahel Solomon of CBS3 and 6ABC’s Gray Hall, who kept the audience entertained.

Valerie Gay, Executive Director of Arts Sanctuary, provided the gift of song singing the Black National Anthem and Ella’s song with such passion it garnered a standing ovation from the audience.

Scholarship winners were University of Pennsylvania student Aminata Sy, and Maia Morton and Sonji Burns both of Temple University.

National Association of Black Journalist (NABJ) co-founder Acel Moore and late sports journalist Kevin Tatum were remembered for their contributions and pioneering paths in the field.

NABJ President Sarah Glover was in attendance offering greetings during the program on behalf of the national chapter.

Founded in 1973, PABJ is the nation’s oldest organization dedicated to the development of Black journalists and the founding chapter of the National Association of Black Journalists.

For more information on the awards gala and awardees go to www.phillyabj.org