Honoring the ‘‘baaaadness’ of Sonia Sanchez 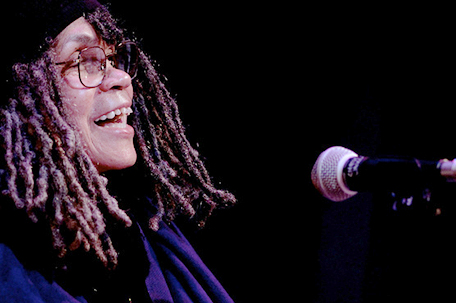 Poet Sonia Sanchez is known for saying that if all of her thousands of former students each bought five of her books, she could retire well.

Now, some of the poet and former professor’s students are coming up with many other ideas of how to honor her legacy. Ideas have ranged from financing an endowed chair to paying to have a building named in her honor.

Many of Sanchez’s poetry lovers, scholars, and former students joined the Mount Airy Learning Tree board members for a special screening of “We a Baaaad People” about Sanchez’s life. The event was held on the campus of the Lutheran Theological Seminary in Mount Airy last Sunday. It was hosted by poet Nzadi Keita, a Sanchez protégé and former student, and Judy Weinstein, director of MALT. 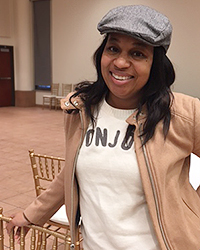 “I really think that there should be an endowed chair at Temple University for Sonia Sanchez,” said Maisha Mayazi of Mount Airy, a Temple alumnus who took a literature course instructed by Sanchez in 1996.  She was among many of those present who took Sanchez’s courses in either English or old Pan-African Studies departments.

“I was sitting here surrounded by so many of her former students just thinking,” Mayazi said. “She has touched so many lives with her teaching. She has inspired so many. We need to have a physical monument for her. I really would even like to see a building on Temple University’s campus named for her. But, we should at least have an endowed chair to continue her spirit.”

Khalid Long of West Philadelphia, a doctoral student at the University of Maryland at College Park, said that his research focuses on the women of the Black Arts Movement. While the primary focus of his dissertation is on Glenda Dickerson, Long stated that she was influenced by the other female creative and performing artists, including Sanchez. 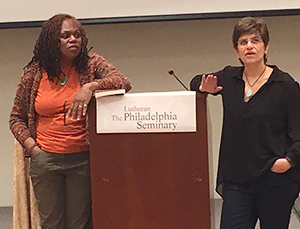 At the podium are poet Nzadi Keita (left) and Judy Weinstein, director of the Mount Airy Learning Tree.

“I thought this was an excellent event,” said Long, who is currently an adjunct instructor at Cheyney University. “This documentary raises awareness because it capture the parts of Sanchez’s life that you may not be aware of. It is important to see her transformation so that we, as scholars and writers, can contextualize what she has done. So many things influenced her.

Her experiences in the Black Arts Movement, being part of the Nation of Islam for a few years, and being involved in the Civil Rights Movement are all part of her essence. It all worked together and influenced her work.”

Long said that it is important that the community learn about their artists. He stressed that films are an effective medium to do this. “This was a great way to celebrate Sonia Sanchez,” he said.

During the question and answer session that followed Keita some asked if Sanchez is still performing locally. Keita said that though she was not present at the March 19 wine reception and film screening, she makes appearances occasionally at the Free Library of Philadelphia’s Main branch.

“She is in her 80’s now so she does not make as many local appearances as she used to,” Keita said. “She’s not even on the Tavis Smiley and Cornel West shows as she once was. She is careful to choose which requests she can reasonably honor. But, if you keep your ears plugged to many events around the city you will find she does attend.”

Keita stated that occasionally Sanchez does workshops through the nonprofit Scribe Video Center based in West Philadelphia. She encouraged those present to visit their website to find a listing of their upcoming workshop series.