Hold onto your slot machines 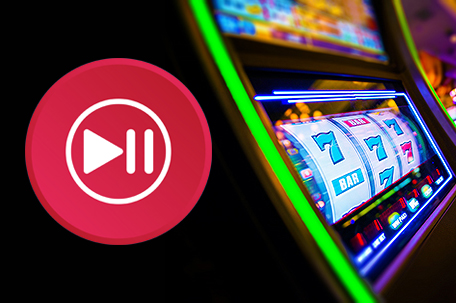 A group of activists is calling on Philadelphia City Council to hold off on hearings connected to a new casino.

On Nov. 16, Philadelphia City Council is scheduled to hold hearings on a proposed casino partnership between the owners of the Parx Casino and the Cordish Companies, a casino chain with locations in Louisville, Kentucky and Kansas City.

But the a group of activists that gathered at City Hall Wednesday, is calling on Council to hit the “pause” button on the development due to Cordish’s participation. Armed with a report from the National Action Network that features testimony from former Cordish employees and shows a pattern of discrimination by the company, the group called on Council to hold off.

“What’s the rush?” asked political consultant Bill Miller. “We just want an open and transparent process. There’s no need to put this project on the fast track.”

Councilman Kenyatta Johnson has introduced a bill in Council to make the zoning changes at Ninth and Packer Avenues necessary for the $450 million gaming, dining and entertainment development to be built.

But the group of activists—Miller, Matthew Smith and Paula Peebles, president and chair of Philadelphia’s National Action Network, the Rev. Mark Tyler, pastor of Mother Bethel AME Church, the Rev. William B. Moore of Tenth Memorial Baptist Church, and Bishop Dwayne Royster, Senior Pastor of Living Water United Church of Christ—thinks that he needs to talk with the people who Peebles interviewed as part of her report.

For example, the report says, White undercover workers known as “rabbits” had the job of starting fights with Black patrons by Cordish managers so that those fights can be used to kick those patrons out. Discriminatory dress codes and outright harassment were also practiced on Black patrons at Cordish venues, the report says.

The people who were interviewed as part of NAN’s report should be heard from before Council makes any decisions, Peebles said.

“Cordish has a history of racist practices,” she said.

To say that Council hasn’t done it’s job and that more time is needed insults the body’s intelligence, said A. Bruce Crawley, a Cordish spokesman.

“It’s hard to believe that people are insinuating that Council didn’t do it’s due diligence,” Crawley said. “It implies that Council hasn’t asked any questions. I’m confused by that.”

The impasse between these activists and Cordish could be solved in everyone could get into a room and talk, but the company’s attempts to talk to activists has been met with silence, Crawley said.

The group has scheduled a People’s Hearing on the casino project on Monday night at 7 p.m. at the St. Paul AME Church, 8398 Lindbergh Blvd. The public is invited.