Heshimu Jaramogi, award-winning newsman and publisher of the Neighborhood Leader, 67 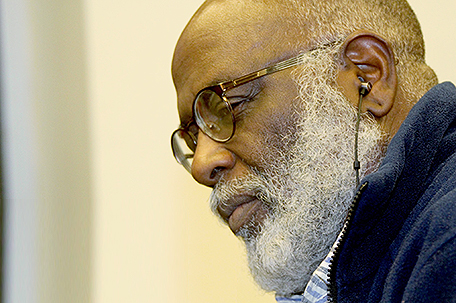 Heshimu Jaramogi, the award winning newsman and publisher of The Neighborhood Leader, died peacefully at home on January 14 one month after his diagnosis of colon cancer. He was 67.

The producer, host and anchor boasted a media career that spanned over 35 years, including WPEN AM where he covered city government; WCAU AM, where he worked as a general assignment reporter; and at Clear Channel Communications where he held multiple positions at radio stations WDAS AM and FM, WUSL (Power 99 FM); WJJZ; WURD and WRTI. He also served as a correspondent with American Urban Radio Networks for more than two decades.

Long before the term existed, he carved out his own niche as a multimedia journalist while working competitively, yet diplomatically, alongside fellow Philly reporters covering world leaders, change agents and common folk.

A graduate of Northeastern Illinois University, Heshimu always had a finger on the pulse of politics, social justice and the course it ran through the urban communities that he frequented beyond Philadelphia that often included New York City, Chicago, Washington, DC, Detroit and wherever he sought to examine.

He worked as an adjunct professor at Temple University’s Multimedia Urban Reporting Lab, and lectured at many other colleges and universities, including Malcolm X College, Foothill College, Wayne State University and the University of Pennsylvania.

While he eschewed the initial calls into the ministry as a youth, he’d grown to become a spiritual seeker on an unquenchable thirst for self-knowledge. The veteran correspondent embraced the title, “Baba Hesh,” and served as a dedicated modern day griot, merging oral, written and new media story techniques to connect disparate parts of the African Diaspora. His never-ending work as a journalist was done from a place of love and uncompromising commitment to what was right for the community.

As news of his transition spread, social media posts hailed the West Philadelphia native as a local success story. Friends, colleagues and denizens fondly recalled a stylish, professional man with an insatiable drive to learn—to question, explore, and study his culture and faith ceaselessly—topped by a dazzling smile often accompanied by a series of body-quaking chuckles.