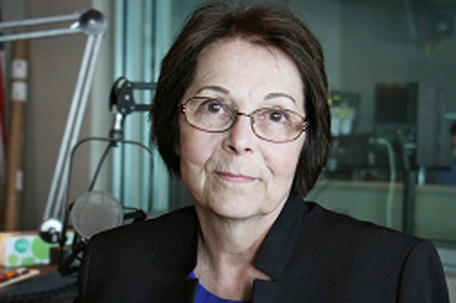 But the political climate at the time didn’t seem to favor her, she said.

“When I saw that [current DA R. Seth Williams] had the support, I could have run, but I realized that I couldn’t have won,” Carr Deni said.

Now that Williams is on his way out due to a 29-count federal indictment, Carr Deni has resigned from the Municipal Court bench that she’s held for 21 years to take her shot at becoming the city’s Lead Prosecutor.

She is the only woman running for the Democratic nomination for DA. Beth Grossman, a former District Attorney who worked in the office under Abraham and Williams, is running unopposed on the Republican ticket and will be on the ballot in November.

Before becoming a Municipal Court judge, Carr Deni was an attorney in the City Solicitor’s Office, the Office of Housing and Community Development and the Board of Revision of Taxes. She was also a criminal defense attorney.

As a judge, Carr Deni was assigned nearly 100,000 cases. But it’s the 2007 case of Dominique Gindraw that made national news. Gindraw allegedly masterminded the gunpoint gang rape of a prostitute. At first, he was charged with sexual assault in addition to robbery, but because she saw it as a theft of services case, Carr Deni dropped the sexual assault charge, much to the chagrin of women’s groups.

In an interview with the “Philadelphia Inquirer,” Carr Deni, who at one time was the owner of one of Philadelphia’s first feminist bookstores, admitted that if she had known then what she knows now about sex trafficking, she would have made a different decision.

Carr Deni is a graduate of Temple University and the Temple University School of Law. In addition to being a member of the Board of Governors of the Philadelphia Bar Association and chair of its Criminal Justice section, she was also active in the Brehon Law Society, the Justinian Society and the Pennsylvania Prison Society.

SUN: Thank you for your time today, Ms. Carr Deni. I guess that my first question for you is, in a field as large as the one you’re taking on in this District Attorney’s race, what do you think makes you stand out?

TCD: Before I became a Municipal Court judge, I was a defense lawyer for 10 years. I think that what will set me apart is my ability to see both sides and am able to give them both equal weight. I can give more of a balanced perspective.

SUN: There are a lot of issues that have come up in this campaign regarding criminal justice reform. One of those issues is the issue of cash bail. There are more than a few people that are in jail  for non-violent crimes because they don’t have the money to get out. What would you do about that?

TCD: Mass incarceration is a major issue. It’s also unfair for people to be stuck in jail on a non-violent offense due to a lack of bail. It’s a system with a lot of prejudices. We have no choice but to bring up these issues and to try and fix them.

I’d like to see more diversion programs to help keep people from having to go to jail. I’d also like to see a mental health court that deals with addictions and other mental health programs that would help people connect to the help and services they need.

Right now, the city has a MacArthur Foundation grant that’s supposed to address mass incarceration. I support how it’s being used.

SUN: Throughout the campaign, I’ve heard a lot about the issue of civil forfeiture. I didn’t realize just how much of a negative impact that has had on residents of the city. What would you do to make this program more equitable?

TCD: The forfeiture unit needs to be restructured. The money it takes in is about 20 percent of the DA’s budget and there’s a lot about it that’s unfair on it’s face.

SUN: Another issue that has come up a lot in this campaign is police brutality. Many in the Black community have had to deal with this issue and understand that the District Attorney has a role to play with this. How would you handle this?

TCD: I’m pleased that you’ve brought that up. We’ve been fortunate here in Philadelphia that we’ve had two good Police Commissioners in Charles Ramsey and Richard Ross that have kept things like what happened in Ferguson and Baltimore from happening here. I think that a lot of good progress has been made on implementing the 21st century policing guidelines. If I’m the District Attorney, I’ll work with the police department to continue them. I’ll also make it clear that if a police officer shoots someone, they will be held accountable if there’s an issue with the shooting.

SUN: While much has been made of what District Attorney Seth Williams has done a lot wrong, there are some things that he’s done right. What do you think those things are and will you continue them if you’re the next DA?

TCD: It’s not so much that I’d just go in and randomly change things as it would be recognizing the assets that we have in the DA’s office. Seth wasn’t a team player, but I will be.

In terms of programs, I’d work with the Pennsylvania Attorney General to honor the death penalty moratorium. I’d also do a lot more with our domestic violence unit and work on programs that focus on restorative justice. Those kinds of programs will impact a lot of people.

SUN: Thanks a lot for your time, Ms. Carr Deni. I really appreciate it.

On The Record For The Kids