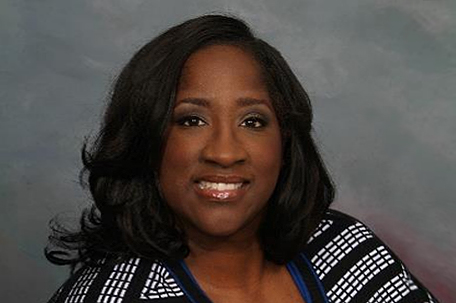 For 10 years, Tonyelle Cook-Artis watched as State Rep. Cherelle Parker did her best to represent the citizens of the 200th Legislative District. She now hopes to follow in her former boss’s footsteps.

To say that Tonyelle Cook-Artis knows the 200th Legislative District well would probably be an understatement.

As Constituent Service Representative for former City Councilwoman Marian Tasco and Chief of Staff for former State Rep. Cherelle Parker, Cook-Artis worked with these two women to help those in the district in need of services such as utility assistance to district residents.

“We served over 5,000 people, including some that weren’t even in our district,” Cook-Artis said. “We had a broad base of people that we worked with on a daily basis.”

It’s work that Cook-Artis hopes to continue by replacing Parker in the State House. She is one of two candidates running for the seat in both the March 15 special election and the April 26th Pennsylvania Primary. She’ll be opposed in both elections by Republican Latryse McDowell.

Going from the Chief of Staff’s office to the Legislative Seat will be a challenge, Cook-Artis said, but it’s one she relishes taking on.

“I’m excited,” she said. “I love the constituents. Working for them as a State Representative won’t be too much of an adjustment. It’ll just be a continuation of what I’ve done behind the scenes.

Cook-Artis talked with the SUN about the new chapter in her political life, how she’s learned to step back and let others take the reigns, and how she’ll handle being a freshman state representative from the minority party at a time when nothing is out of the realm of possibility.

SUN: Thank you for your time today. I guess my first question for you is what made you decide to run for office?

TC-A: I have been working for the community for over 10 years as [Rep. Parker’s] Chief of Staff. I like being a voice for the voiceless; for people who can’t express themselves. As a State Representative, I’ll be able to continue to meet the needs of the residents of the 200th District in a leadership role.

C-A: When you think of me, I want you to think of the letter C: Consensus and Coalition Builder. You can’t go into the legislature thinking that you can change the world right away. You have to work on both sides of the aisle. I have that experience. I’ve had to call legislators from the other side to get a consensus and build coalitions to get bills passed. You have to keep an open mind and have to be willing to work with individuals. It’s not about you; it’s about the needs of our respective districts. I’m going to be building coalitions on day one.

SUN: When you decided to run for this office, what advice, if any, did Councilwoman Parker give you?

C-A: When I decided to run for this seat, she was excited for me. [Councilwoman Parker] is the kind of person who grooms people to push forward. She encouraged me to look forward to doing this four years ago when I went to get my masters in Political Management at George Washington University. She showed me that the people you represent are the most important and that you have to meet their needs.

SUN: What would you consider your signature issue?

C-A: Education is a legislative priority for me. You have to have an educational funding formula in place and right now, we don’t have one in the Commonwealth. I have a 13-year-old son who’s currently in private school, but private school isn’t an option that all families have. I think that all schools should be fairly funded so that all of our children across the board can get a good education.

I would also like to see a more diverse curriculum for our schools in the Commonwealth. I’d like to see shop classes come back into the curriculum and also home economics classes. There have to be alternatives to college for those who want them so that our children can have a future.

SUN: You’re running in the March 15 special election for this seat. You’ll also be running for this seat again as part of the April 26 primary. Do you ever wonder why they couldn’t just combine the elections? How do you handle this?

C-A: I was initially told that the special election and the primary were going to be combined, but that changed. There’s a lot of voter education that needs to be done with this because a lot of people don’t know that there’s a special election.

SUN: If there’s anything that you would want voters to know about you, what would that be?

C-A: I would want them to know that I’m a fighter and that I work hard. I was diagnosed with Lupus in 1996 and I have to work hard to do what I need to do each day. I’ll bring that same fight to the district.

SUN: Thank you so much for your time, Ms. Artis-Cook.