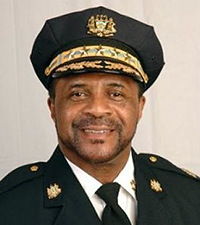 June is Men’s Health month, a time recognized by Congress to not only raise awareness of men’s health issues, but also inform and encourage them to get a checkup, take advantage of free screenings, and commit to eating healthier and exercising.

Good health also means less medical expenses, which translates into less stress and strain on your budget and decreases the chances of falling behind on your mortgage or rent.

That, unfortunately, is a scenario that occurs much too often and can lead to folks losing their homes or being evicted from an apartment or rented house.

Of course this can happen to anyone, but when it comes to connecting the dots between struggling with medical bills and falling behind on essential expenses, men tend to be much more at risk for a variety of reasons.

On average, according to the Mens Health Network, a combined federal program that provides information and pushes for early detection of diseases for men and boys, men in general have a higher death rate for cancer, heart disease, diabetes and suicide.

Men also live an average of about five years less than women and only make half as many prevention visits (getting a checkup, screenings, etc.) than women.

As Father’s Day approaches I am also encouraging men to take stock of their health as they are being honored by family and friends for their role as father, husband, brother, uncle, mentor and friend.

Of all the responsibilities that you mostly carry without complaint, and often without notice, your health shouldn’t be ignored, taken for granted, or hidden behind pride and/or embarrassment.

Also take into account what happens when your earning capacity drops because of illness.  Those who depend on us for financial support often don’t realize how much we do, until we aren’t able to do it anymore.

Guest Editorial: Lest we Forget