Guest Commentary: There should not be a second trial… justice, prosecution, or persecution? 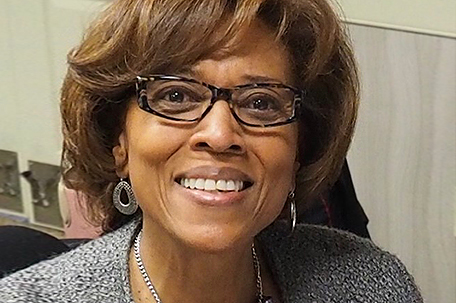 On Tuesday, April 19, 2022, the federal bribery trial of Councilman Kenyatta Johnson and his wife, Dawn Chavous, along with two Universal Companies’ executives, Rahim Islam and Shahied Dawan, ended in a mistrial. The federal prosecutors, Assistant U. S. Attorneys Eric Gibson and Mark Dubnoff, immediately vowed to retry the councilman and his wife.  A new trial should not take place.  Undoubtedly, there is a lot to question moving forward, but the first question is why?  Why the immediate announcement of a new trial?

After a five-year investigation, five-week trial and jury deliberations that lasted 25 hours, the prosecutors undoubtedly believe a new trial will render a different outcome. Is this justice, however?  Has anything about this case been about justice?  Does FBI Agent Richard Haag, the primary witness for the prosecution, have the credentials to determine the worth of a consultant, or as the defense attorney pointed out, “cherry pick” the evidence rather than present the whole truth?

By the way, isn’t this the same FBI agent who, in 2017 during another high-profile case, then US Assistant Attorney, Eric Gibson according to BigTrial.net, March 8, 2017 edition conceded that “Agent Haag’s leaks were regrettable and inappropriate”?  The leaks were also a violation of grand jury secrecy and against the law.

People’s lives are being scrutinized and determined by a government that is supposed to be about fairness and “blind truth.”  However, the Philadelphia Inquirer on April 22, 2022 reported that several of the U.S. Attorney’s line prosecutors spoke candidly, stating that “McSwain used his office to launch his political career.”  This was never more obvious than at the 2020 Union League’s Lincoln Day Celebration when U. S. Attorney McSwain was the keynote speaker and placed the high-profile cases front and center in his remarks.  In 2021, McSwain left the U. S. Attorney’s office to run for governor of Pennsylvania.

The prosecutors say they reviewed over two million documents, interviewed over 150 individuals, and poured over grand jury testimony to reach their theory that Councilman Johnson sold his office for $66,700 by allowing Universal Companies to acquire a needed zoning variance of the Royal Theatre and to retain properties at 13th & Bainbridge.

Then, along comes Ori Feibush from his suburban upbringing seeking to take advantage of the growth and development started by Universal Companies. He wanted to purchase the Royal Theatre. According to Mr. Feibush in his own words, in an article published in Philadelphia Magazine in May 2013, “Feibush made no bones about his dislike of Johnson, calling him a poverty pimp and accusing Johnson of harness[ing] his position of power for evil rather than good.”  That same article reported that Feibush was interested in running against Johnson for a seat on City Council which he did, and  lost.

Yet, this is the same Ori Feibush who the FBI and prosecutors met with six times to build their case against Johnson and Chavous, placing on trial the city of Philadelphia’s councilmanic prerogative and furthering the desire of Feibush to take down the councilman.  Feibush was not called by the prosecution to testify in court.

So, if you’re Black, and your opponent can’t win fair and square, you wind up — no matter your position, education, qualifications, or wealth — with the cards stacked against you. The cards stacked against Councilman Johnson and his wife during this lengthy trial.  We listened to prosecutors change their theory each time their case became unraveled by their own witnesses. We listened to prosecutors attempt to tarnish the character of Dawn Chavous, who in her own right is an accomplished professional with a proven track record of working with charter schools, educational choice, government, and community relations and much more with excellence throughout her entire career, although somehow, a contract of $66,700 for over a year of consultant work was supposedly unbelievable.

We listened as a councilman who has worked tirelessly for affordable housing, education, community development, and in support of his constituents, get charged with bribery for helping Kenny Gamble and Universal Companies. Councilman Johnson, according to testimony, had a history of supporting Universal Companies while serving as a state representative going back to 2010.

Well, if our young, gifted, Black and talented Philadelphians who are dedicating their lives to give their best to uplift the citizenry of our city can be doggedly attacked, investigated, and charged, what hope is there for “John Q. Citizen”?

Councilman Johnson was the first to say that he made a mistake not shouting to the rooftops that Dawn Chavous was his wife.  However, let’s not fall for the “okey doke.” The prosecution wanted the jurors to find the defendants guilty because they did not tell everyone they were married.  But truth be told, when they got married, there was a full newspaper spread. Dawn Chavous was a professional in her own right long before Johnson was politically active.  Starting in high school, she served as a student representative on the Philadelphia School Board, excelled in college as a mentor for President Bill Clinton’s Learn to Read Program, and after college, worked successfully for State Sen. Anthony Hardy Williams and many other noted officials, developing expertise in educational choice and forming organizations to advance educational options for all students. Dawn chose to stand on her own work and accomplishments, not that of her husband.

Testimony revealed that Dawn Chavous was not involved in anything dealing with the Royal Theater and had begun to wind down her consultancy in June of 2014 because she was pregnant and getting ready for the mayoral campaign of Sen. Williams, and the Royal Theatre zoning was presented by Johnson in October 2014, months after she stopped working as a consultant with Universal.

Still, while it is best to avoid the very appearance of wrongdoing, an ethical violation is not a criminal act.

Where is the justice?  Has this been a prosecution or persecution?  You decide. We say that there should not be a second trial.

Barbara Chavous-Pennock is the mother of Dawn Chavous.

Disclaimer:  The views, thoughts, and opinions expressed in the article belong solely to the author, and not necessarily to the author’s employer, The Philadelphia Sunday SUN, the author’s organization, committee or other group or individual.