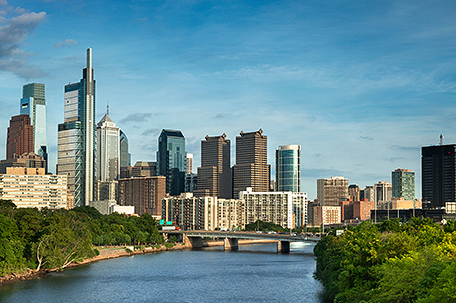 Including African Americans in the growth of Philadelphia, politically and economically

In a powerful scene in the recent movie about Harriet Tubman she confronts abolitionists who were debating the Underground Railroad’s future.

The Fugitive Slave Act had made sheltering slaves in sanctuary cities unsafe. Tubman declared no matter the distance or difficulty, she would not stop bringing slaves to freedom. She was frustrated that important Black and White leaders who were living comfortable lives would consider retreating from freeing and harboring slaves, because the degree of difficulty had increased.

Tubman continued her work throughout the Civil War, risking her life to free slaves and change family futures for generations. Although initially motivated to free her family, (cliques) her mission became transformative, abolishing slavery and symbolically separate but equal, Jim Crow and contemporary discrimination.

While they may give some access to the power and decisions making the authority that African Americans need to be exercised affirmatively and intentionally on their behalf to help them maximize their God-given potential, that didn’t prevent them from being shortchanged.

Harriet and the leaders, whose shoulders we stand on, never wavered in the face of a White power structure defending and profiting from racism. Without access to elected power, young and old African Americans suffered and died to advance the fight for African American equality into the red zone, where it has languished for decades.

After passage of the Civil Rights and Voting Rights laws, leaders believed the political and economic power necessary to realize the American dream and a race neutral America were at hand.

But despite ascending political power and a growing number of comfortable African Americans, game changing and wealth building economic power has remained elusive. The failure to turn dollars over in our community and support one another has contributed to this failing.

In this fight, poverty warrants priority attention, but the inequities African American businesses and professionals confront in the economy and workplace must be resolved. Skilled workers, college graduates and professionals are under-employed and under-compensated.

More recently, COVID-19 has placed a spotlight on health disparities  and ultimately, the pandemic will produce unforeseen challenges.

Despite having the right qualifications, African American businesses and professionals often receive inequitable participation in jobs and contracts. In contrast, Philadelphia, with the support of six mayors and City Councils, has transitioned from manufacturing to a world-class destination city.

Public investment in gentrification is displacing African Americans, the Navy Yard has been purchased and re-purposed. A stadium complex, convention center and expansion, the Kimmel Center, the National Constitution Center, Independence Visitors’ Center, and hotels and condos have been built. Center City and University City are intersecting and the restaurant scene is top shelf.

Market Street East is being modernized, college and university campuses are invading neighborhoods and the business community is prospering.

This renaissance has expanded the city’s population and enriched individuals and businesses via tax abatements and economic incentives. Yet, African American neighborhoods remain challenged.

Leadership voices believe a strong Center City, economic incentives that attract mega-companies and lower taxes, will create jobs and reduce poverty. Despite their confidence, the rising tide is not lifting all the boats. Philadelphia is a tale of two cities and the 40-year-status quo in African American neighborhoods has had no impact on business performance and profitability. The Chamber Of Commerce convenes high-profile diverse participant meetings to discuss poverty, jobs, diversity and commitment to the community.

The result: corporate contributions are made to cultural, civic and media organizations; awards go to companies and executives, but there is no expanded opportunities for African American businesses, and no transformative investments in neighborhood revitalization — a community focused job without authority; and political contributions to win unconditional support for business priorities.

Across America, a significant number of African Americans lead businesses, institutions and hold profile jobs, but they represent a small percentage of that universe, and infrequently are their successors African American. Their role model accomplishments deserve celebration, but demand and pressure must be sustained.