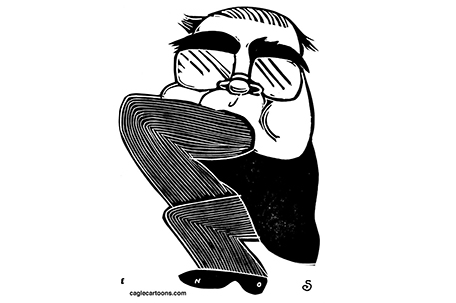 United States Supreme Court justices are appointed for life. This is important to ensuring their decisions are not clouded by political considerations. Whenever there is a vacancy on the nine-justice panel, the president nominates a person he (or she) believes to be qualified for the position. Then the U.S. Senate is responsible for holding hearings to evaluate that person’s competency and votes to approve or reject the nominee.

In theory, this is a good idea to ensure the justices are fair and qualified when they receive their life appointment.

However, there is no real method for removing a justice who reveals himself to be unqualified.

In fact, a justice cannot be removed except through the process of impeachment for crimes committed in office.

I bring this up in light of the comments Justice Antonin Scalia made from the bench during oral arguments in the case Fisher v. University of Texas-Austin this week.

Scalia has a long history of opposing almost any affirmative action program, but his comments from the bench this week were extremely disturbing.

That alone would be considered very offensive, basically saying African-Americans are not as intelligent as other races, but he did not finish there.

He further claimed, “Most of the black scientists in this country don’t come from schools like the University of Texas.

“They come from lesser schools where they do not feel that they’re being pushed ahead in classes that are too fast for them.”

As chairwoman of the Pennsylvania Legislative Black Caucus, I know I speak for our membership when I say that these may be the most offensive, racially divisive remarks spoken by a Supreme Court justice in decades.

A very brief Internet search reveals one of the most renowned astrophysicists in the world right now is African-American Neil deGrasse Tyson, who earned his master’s degree at the University of Texas-Austin.

While every president has the right to appoint justices he believes supports his political and legal views, the Supreme Court is charged with evaluating laws based on the protections provided by the Constitution.

It is hard to imagine how a justice who believes that African-Americans in general need to learn at a slower pace than others can fairly and effectively apply laws pertaining to affirmative action programs.

As President Lyndon Johnson said 50 years ago, “You do not take a person who, for years, has been hobbled by chains and liberate him, bring him up to the starting line of a race and then say you are free to compete with all the others, and still just believe that you have been completely fair.”

African-Americans are still fighting that battle – from underfunded inner-city schools to police harassment on the streets. I never expected a member of the Supreme Court would also publicly declare African-Americans were intellectually challenged because of their skin color.

Scalia owes all Americans an apology.

And if the Supreme Court guts another legal support mechanism for African-Americans, I hope that all Americans will remember this when they vote for their future representation in Washington, and, especially, the president, who alone has the authority to appoint these justices for life!

State Rep. Vanessa Lowery Brown (D-Phila.) is chairwoman of the Pennsylvania Legislative Black Caucus. She writes on behalf of the 24 members of the PLBC.