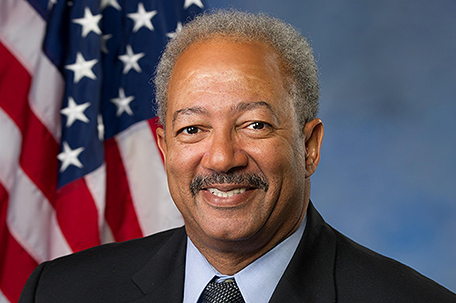 Democrats sat-in on the House floor overnight last week to support gun-control legislation. But one of the bill’s biggest boosters was AWOL.

Chaka Fattah, the 11-term Pennsylvania congressman, had been convicted earlier that day on 22 ethics charges that he faced. His Philadelphia corruption case involved racketeering, illegal use of taxpayer and nonprofit funds and a plethora of other offenses. Named vice chair of the House Gun Violence Prevention Task Force just a week earlier, Fattah was home pondering his future in prison as his colleagues sought change.

Fattah’s fall from respectability illustrates how the lure of power can corrupt even a veteran congressman with a history of solid work.

“Unfortunately, one thing like this will wipe out all the good he did,” Rep. Bob Brady (D–Pa.) said, “and he did a tremendous amount of good.”

Fattah’s 2nd Congressional District, which is 61 percent black, feels the impact of his conviction and resignation. He will be sentenced in October and could serve more than 15 years behind bars, according to criminal attorneys.

“It’s disturbing. I can’t lie,” said Lisa Turner-Thompson, who said she has lived in Fattah’s former district for 14 years. “Here’s a man who has been working for our cause for all these years . . . And now this? It’s shameful and it is disappointing. We’ve seen it before, and because I like him and what he has done, I have to be honest and say I expected more. I don’t care that it has happened to others.”

Harold Jackson, the Philadelphia Inquirer’s editorial page editor, shared his reflections with his readers: “I have also known white politicians who were convicted of crimes, and I’m disappointed in them too. But it’s not the same,” Jackson wrote. “I don’t have the same emotional attachment that I feel for Fattah. Their convictions didn’t have the impact that Fattah’s is going to have on a community that for years has proudly told children to use him as a role model.”

“What are they supposed to do?” Turner-Thompson said. “You do corrupt things, you get yourself in trouble. I don’t care who’s in the White House.”

Fattah’s fall started when he accepted an illegal $1-million contribution to his failed campaign for mayor of Philadelphia in 2007. Prosecutors said that he used government funds and nonprofit contributions to pay back the loan. Since then, things have grown worse for Fattah and his family.

Two weeks before his trial began in April, Fattah lost his re-election primary to Democratic State Rep. Dwight Evans. Then, Fattah’s wife, a long-time local television news anchor, Renee Chenalt-Fattah, was fired after she was tied to a fraudulent sale in 2012 of her Porsche convertible. Although she was not charged in her husband’s case, the former journalist was named as an “affiliate of the Fattah enterprise.” Prosecutors said the sale was an effort to mask a bribe paid to her husband.

Meanwhile, Chaka’s son, Chip, was convicted last November of bank and tax fraud and sentenced to five years in prison — all unrelated to his father’s woes.

“Here’s the deal,” Francys Johnson, president of the Georgia NAACP, said about the role of civic leaders. “Everyone has to be held accountable for their actions. We work at the NAACP for righteousness. That’s what we believe in.”

On his Twitter page, Fattah routinely referred to “Fattah Moments” or items that he deemed important news. Those occasions highlighting his good work are finished. He abandoned his page the day of his verdict and has not posted a word since. Fattah, however, abandoned his pledge to stay in Congress until a few days before being sentenced. Rather, he resigned and “didn’t want to be a distraction,” he said.

“I feel sorry for the Fattah family,” said Jackson, the Inquirer editorial page editor. “I feel sorry for Philadelphia, which once again must watch a Democratic elected official prepare to be carted off to prison. But I feel most sorry for the city’s children, black and white, who by now must think the words integrity and politics are antonyms.”