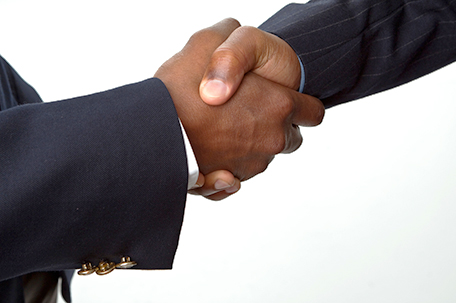 The advent of initiatives throughout this country to “Buy Black” and “Bank Black” can be traced back to the early 1900’s during which time campaigns similar to today’s efforts were established.  Slogans such as “Double-Duty Dollars,” “Don’t shop where you can’t work,” and efforts such as Black cooperatives cropped up as a result of our forebears understanding and being willing to act upon the fact that their dollars mattered.

Double Duty Dollar campaigns were simply what we non-call “Recycling Black Dollars” campaigns.  As Blacks spent their money at Black owned businesses, the volume of business increased to a level where other Black folks could be hired by Black companies.  In other words, we used our dollars to create our own jobs.  “Don’t buy where you can’t work” campaigns helped increase Black employment in White- owned businesses, again because “Black Dollars Matter” and the absence of those Black dollars matters even more to those with whom we do business.

Black religious leaders also encouraged sensible Black dollar strategies. In Juliet E.K. Walker’s book, “The History of Black Business in America,” she cites a quote from religious leaders during that time.  “To the Negro community, a business is more than a mere enterprise to make profit for the owner.  From the standpoints of both the customer and the owner it becomes a symbol of racial progress, for better or for worse. And the preacher is expected to encourage his flock to trade with Negroes.”

Black Cooperatives among Black owned grocery stores, drug stores, shoe stores, and the beauty salon industry were quite prominent in the early 1900’s.  In these co-ops members also did something we talk about today.  They pooled their money to establish and support their own businesses, and Black churches were at the forefront of many of these efforts as well.  Co-op shares were purchased by members, and the money was used to open businesses where the members shopped and, in essence, supported themselves by getting a return on their investment.  W.E.B. DuBois envisioned what he called a “Cooperative Commonwealth” among Black folks.

The recently revived “Black Bank Deposit” campaign also has an interesting history.  Prior to integration, as many as 134 Black- owned banks had been established, in addition to Black credit unions, and other financial organizations.  By World War II, there were only six Black banks still in existence, including the one at the center of the current deposit campaign, Citizens Bank in Atlanta, founded by Herman Perry in 1921. It’s great to see a return to what we used to do with our dollars way back when.

Buying and banking Black are more than just hoopla and celebration, more than a moment in time, and more than a temporary gesture to “show” others how much money we have.  Buying and banking Black are practices that should become habits, so much so that it becomes an “unconsciously competent” act, as President and CEO of the National Bankers Association and my longtime friend, Michael Grant, wrote in his book, Beyond Blame.

In order for a movement to be sustained it must be organized and it must have a vehicle through which our strategies can be tested, measured, adjusted, and brought to fruition.  It must also comprise a critical mass of dedicated, resolute, unapologetic, and unrelenting foot soldiers to make the requisite sacrifices necessary for long term success.

Buying and banking Black are about leveraging our dollars to distribute our products cost efficiently and cost effectively, and having the ability to create economies of scale by working and buying cooperatively.  We must think differently about opening bank accounts.  They should be viewed as actual investments in our banks and credit unions, as we open saving accounts and other instruments that have a longer term positive effect on their balance sheets.  Our nonprofit organizations should have some of their funds on account at Black banks as well, and we should hold them responsible for doing so. Buying and banking Black must have a positive impact on our own future.

What is that vehicle and who are those people that are already organized, already solidified, already sacrificing, already committed, and already depositing their funds into a Black bank?  I’m glad you asked.  It’s the one million conscious and conscientious black contributors and voters.  Go to www.iamoneofthemillion.com and check it out.  If you agree with some of our principles and positions, please join us.