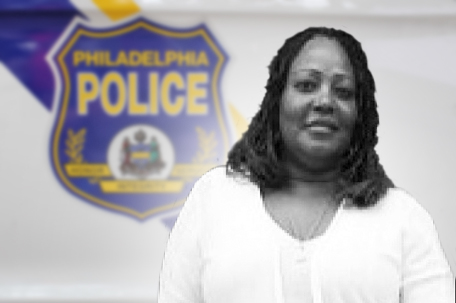 The Philadelphia Guardian Civic League, (GCL),  has released a statement indicating their outrage, over a member of the Philadelphia Police Department’s Homicide Unit, writing and then circulating a racist letter. According to Guardian Civic League President Rochelle Bilal, “The degrading letter, targeted toward African-American police officers was deposited in a number of police officers’ office mail boxes, at the Homicide Unit. It was brought to my attention two days ago.”

In part, the letter reads as follows:  “Greetings Fellow Co-Workers. Typing my activity sheet, I couldn’t help but notice the distinct odor of beef. Upon some investigating, I determined the culprit to be the rotting flesh of your rib bone dinner in the waste basket, just below this work station. Now in that I have a sense of etiquette and social influence instilled in me from my upbringing by traditional caring parents, I am offended by this. Alas, that same education  prevents me from being upset with you. You can’t blame a filthy savage for being a filthy savage. As I’m sure you were not burdened by significant schooling and were birthed to an alcoholic, absent father, and a rancid, ignorant, whore of a mother, you simply are ignorant.”

Bilal stated, “The officer has already been removed from duty and we expect a full investigation will be forthcoming. However based on the facts we already know, the culprit who wrote and distributed this letter, laced with sarcastic and blatant racist comments and innuendos, we are asking that Philadelphia Police Commissioner Richard Ross move swiftly in dealing with officer Jimmy Crone, for his actions. To know that some people on the police force would condone having an officer on duty, on the streets of this city, who thinks like this, will only put the public, African-Americans in particular, at risk. This officer does not deserve to be a member of the Philadelphia Police Department. ”

Bilal added, “ Having a president of the United States that spouts racism, displays that he’s prejudiced against African-Americans, Hispanics, Muslims, people who are handicapped, the LGBT community and others, unfortunately gives other hate-mongers in our country the idea that they’re licensed to say and do whatever they feel as it relates to racism. We’re putting the city of Philadelphia on notice; we won’t stand for this in Philadelphia and we’ll not rest until Philadelphia Police Officer Jimmy Crone has been dealt with appropriately. We know that Police Commissioner Richard Ross will do the right thing.”

“The entire Homicide Unit is upset about this. There are many good officers who work there. They work hard in the homicide unit, now the spotlight is on all of them, because of Officer Crone. This officer has bought shame to the unit. I’m not giving him an out. I’m not saying he had a bad day. I’m saying this is in his DNA on how you feel about people of color. People have to remember just a few months ago, there was a White police officer, who is a corporal, who was calling a Black female deputy, “a black banana eating monkey”, and that officer is still on the job. An example needs to be made out of these officers who have taken their sheets off, and feel as though they can walk around saying and doing anything they want to in reference to African-Americans on the force.”

GCL was founded in 1956 by a police officer by the name Alphonso Deal, to build the bridge between the community and the Police.