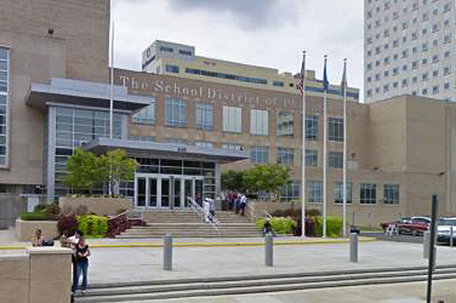 Philadelphia District Attorney makes arrest and is proceeding with prosecution

Philadelphia District Attorney R. Seth Williams on Wednesday, announced that a grand jury has recommended charging Priscilla Wright with Conflict of Interest and Perjury for using her position at the School District of Philadelphia (SDP) to steer a $900,000 contract to her friends and family.

In March of 2013, the SDP was in the process of closing 23 schools when it issued a Request for Quotation (RFQ) to find vendors to move school property to other locations across the district. Wright, who at the time was a Manager of Small Business Development, used her position to make sure a vendor and related subcontractors – all friends and family – were paid with the public’s funds.

“Priscilla Wright used her employment at the School District of Philadelphia to not only position herself as the ‘ringleader’, but she steered a lucrative contract to her friends and family and stayed involved with the contract to make sure that everyone she wanted got paid as schools closed across the city,” said District Attorney Seth Williams. “Ms. Wright and her family are a perfect example of why we need to never stop reviewing and overseeing how the public’s money is spent, because once we remove the checks and balances, the fox all too often raids the henhouse.”

Shortly before the bid deadline, Wright placed a call from her school district desk phone to Sam and Serena Murphy to encourage them to apply. Sam and Serena are a husband and wife team who own and operate Murphy’s Transporting Services, an entity that had previously done work for the SDP and the Philadelphia Housing Authority.

Once Wright convinced the Murphys to apply, she began “putting together a team” who would operate under the “Murphy’s Transporting Services” name and give Wright the ability to steer public funds to those of her choosing. Specifically, Kia Steave and Angel Hackney, who acted as agents for Wright; “anonymous” partners who were Wright’s own son (John Nelson Brown posing as Tatoe Construction) and Wright’s sister (Laverne Rodney posing as Boost Enterprises); and other family members who shared in the project’s proceeds. Those family members were Wright’s sister Veronica Wright, Wright’s daughter Brittany Davis and Wright’s nephew Gregory Wright.

Wright’s family members were placed in positions of profit and control. Some family members were inserted directly into a profit share agreement. And others were placed in administrative functions for profit. For example, she forced out the Murphy’s own accountant and replaced him with her sister Veronica Wright, concentrating the contract’s payroll and bookkeeping functions.

When Priscilla Wright came before the grand jury, she denied that she took any action during the project. Her testimony was contradicted by her actions, other witnesses and the emails she sent from her SDP email account. In a notable instance, Priscilla Wright claimed she never reviewed the documents that became the basis of the subcontract. She also claimed that she was not involved in the subcontract or any project management. Those claims, under oath, were found to be demonstrably false by the grand jury.

Priscilla Wright turned herself in and was arrested today. She has resigned from her employment with the SDP.