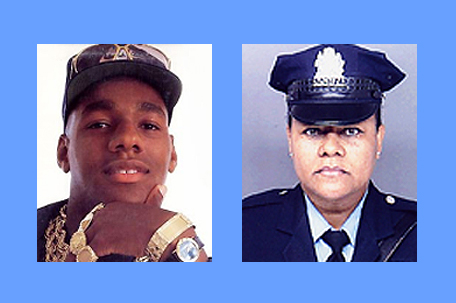 Rapper Cool C, the Philly rapper known for his hit song “Glamorous Life,” is scheduled to die in January. The latest news report by Hip Hop Wired states that Cool C, whose real name is Christopher Roney, will be executed for the murder of a Philadelphia officer Lauretha Vaird during a robbery in the 1990s.

Roney was originally scheduled to die in March, 2006, but the execution was delayed by the governor. According to the facts in the case, Roney, along with two other accomplices — rapper Warren McGlone, 26, and Mark Canty, 22, robbed the PNC Bank in Feltonville on January 2, 1996. When Officer Vaird, 43, responded to the scene of the crime, she was shot in the stomach. Roney and the other accomplices escaped the scene. Roney  was eventually identified as the killer. He was arrested and sentenced to the death penalty.

The community was devastated by the murder of Vaird, the first female officer to be killed in the line of duty in Philadelphia. The Philadelphia Daily News reported that Vaird’s two sons and her badge were the most important thing to her. The community took up money to give to her family upon her death. Witnesses say that when the fallen hero was transported to the hospital, the nurses doubled over in agony as they recognized who the victim was Lauretha Vaird. No one has forgotten her tragic death. On a memorial site for fallen police officers killed in the line of duty, members of the police department and community leave the following comments about Lauretha Vaird.

Laurie, on this day, 18 -years- later, we still remember your sacrifice for this great city. I still remember your kindness to strangers, how dedicated you were to the citizens of the community you served. When you took a woman to PAB HQ’s for an emergency protection order after your shift ended that night. I can’t go over the events of Jan. 2, 1996 without a deep sense of loss and regret that we couldn’t do more to save your life. I know now that you are truly a special Angel of God, watching over us from above. Never Forgotten!

“I remember when your death was announced on the news, I was 16 years old when this happened and I was saddened by the news. I hope your children have gone on to do great things and that they have found peace. Rest In Peace.”

Roney has been on death row for 18 years.