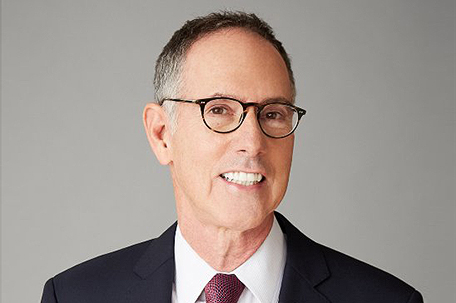 Michael Untermeyer is hoping that his third run for District Attorney will be the charm.

From the moment he came to Philadelphia after graduating from the Rutgers University School of Law in Camden, Michael Untermeyer has done a lot of work for the citizens of Philadelphia.

After graduating from Rutgers, he came to the District Attorney’s office and was one of the founders of the DA’s Domestic Violence Unit. From there, he went to the Pennsylvania Attorney General’s office, where he prosecuted white collar crimes, drug crimes and organized crime.

From there, Untermeyer went into private practice. He also ran as a Republican for District Attorney in 2009, losing to current officeholder R. Seth Williams and City Council in 2011. This time, he’s among the six Democrats running for the office.

While the party switch might be a source of suspicion to some, Untermeyer gave a simple explanation for it to “Philadelphia Magazine”.

He’s hoping that explanation will suffice.

He’s also hoping that his platform will also attract the city’s voters.

SUN: Thank you so much for your time today, Mr. Untermeyer. I guess that my first question for you is, what made you decide to run for District Attorney?

MU: I had served as a prosecutor for 15 years, serving as an assistant district attorney under Ed Rendell.

At this point in time, the DA’s office is in crisis. It needs serious changes to restore the integrity of the office. I believe that I can make those reforms and make this an office that truly serves the public again.

SUN: You’ve mentioned the need for reform in the office. Should you become District Attorney, what would you tackle first?

MU: I would reform our bail system. Philadelphia has one of the most unfair bail systems in the country.

When people who don’t have bail money get arrested, they have to sit in jail sometimes for months. Because of this, they can lose their jobs, their homes and other things they need for their families. If someone has committed a non-violent offense, that’s not necessary. They shouldn’t be in custody over $200.

Another thing I’d change if elected is the District Attorney’s approach to white collar crime. If a person steals $200, they’re prosecuted for it. We’re going to go after the banks, too.

SUN: There are a lot of things that Seth Williams has done in the office during the nearly eight years he’s been DA. What programs, if any, will you keep if you’re elected and how would you improve them?

MU: I like that he’s put together a program that put assistant District Attorneys in neighborhoods. With community-based prosecutors, you have the same person with you from beginning to end working with you. It gives a sense of security.

SUN: One of the most important issues the next District Attorney will have to take on is the issue of Police/Community relations. How will you handle this issue?

MU: First of all, I would make sure that the District Attorney’s office is involved in the training of police officers. Often, the police don’t know that something they may be doing is against the rules. They often don’t have training in the rules of probable cause.

But if after we give them the training they still do something wrong, we’ll have a unit of the District Attorney’s office that deals with those cases. That unit will be separate from the DAs that regularly work with the police.

SUN: Well, thank you for your time, Mr. Untermeyer. I appreciate it.