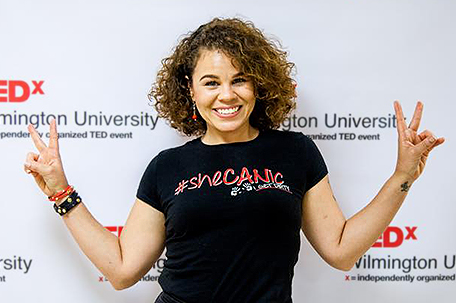 Ladies, have you ever had an automotive emergency and didn’t know how to fix it? Like maybe you had a flat tire or your taillight was out and you needed figure out what to do. What’s that weird noise your car has been making? For all of the women (and men) who have wondered how long you can ignore that little light on your dashboard, Girls Auto Clinic is here for you.

Every month, GAC hosts clinics in the West Philadelphia with the goal of equipping women to understand their cars.

It’s no secret that most women don’t understand their vehicles, what to look for when buying them or how to maintain them. Most women just aren’t interested in cars. And historically, the automotive industry has not catered to women. In fact, a lot of times, women have been taken advantage of by their mechanics and car salesmen, despite the fact that women make up more than 51 percenr of their clients.

The idea for GAC started from a blog Banks used to write. She surveyed her readers to find out what women wanted to know most about, and one of the topics that came back was cars. “After doing a little research, I found that there were no female mechanics, no real information out there on cars that catered to women,” said Banks.

So she decided to go back to school to become an auto technician, and started working at a local auto repair shop. A few months later, Banks left her job as a manager at DuPont, and hasn’t looked back.

Patrice recently competed and won the Philadelphia Miller Lite & Daymond John Tap the Future Competition. She competed against other local entrepreneurs for the best business idea and was awarded $20,000. Banks and Girls Auto Clinic will now go on to compete nationally in September for $200,000 against businesses from Chicago, Atlanta and Los Angeles.

“We (Girls Auto Clinic) just want to change the culture around auto repair for women.”

In addition to their workshops, Patrice has released a Girls Auto Clinic Glovebox Guide, that helps women in a pinch. “We’ve included stuff like what you should keep in your car, and what those lights on your dashboard mean. Its an all inclusive glove box guide for women,” said Banks. She’s also planning to open a full service auto repair shop that caters to women. “We’ll have a comfortable lounge area and a full service nail salon, so you get your nails done while you wait.”

To find out more about Girls Auto Clinic, their upcoming workshops, or how you can support their crowdfunding campaign visit www.girlsautoclinic.com.