Get Back In The House! 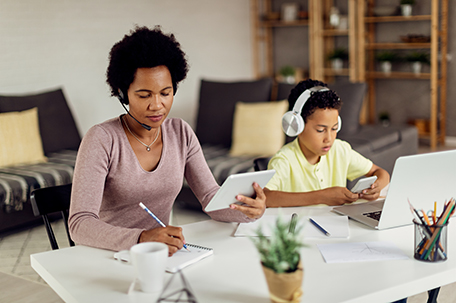 Thanks to a hefty resurgence in COVID-19 cases, Philadelphians will be spending a lot more time at home.

Before Monday, Philadelphians were looking forward to Thanksgiving dinners with lots of family, Christmas shopping and a New Year’s Eve party designed to celebrate the end of a year filled with turmoil.

But the COVID-19 pandemic had other plans. Over the last two months, the virus has made a devastating return to the city. On Monday, Philadelphia had 2,564 more confirmed cases of the virus. On Tuesday, the city got 1,000 more. Wednesday brought 831 more new confirmed cases.

As of press time, 1,942 Philadelphians have died of the coronavirus, 33 this week alone.

Because of this, Mayor Jim Kenney, Health Commissioner Tom Farley and Managing Director Tumar Alexander announced the return of some of the “Safer At Home” regulations that were put in place when the virus first reared its ugly head in March.

After seeing the rise in coronavirus cases, city officials felt the new restrictions were necessary.

“We didn’t take any of this lightly,” Kenney said. “But there has been a 700% jump in cases in the last two months and the hospitals are already showing signs of strain. We wish we didn’t have to do this. Hopefully, we’ll only need to do this for six weeks to flatten the curve.”

“Everyone’s tired of the epidemic,” Farley admitted. “But if we don’t do something, we’ll have 700 to 1,000 deaths by the end of the year. We can’t ignore the numbers.”

While they don’t shut down the city entirely, the new regulations, which began on Friday and will be in place until Jan.1, 2021, shut down a lot of things that Philadelphians were just starting to enjoy again.

Indoor gatherings such as weddings and baby showers are prohibited in private or public spaces. Churches can only have 5% of their maximum occupancy during worship. Outdoor gatherings and events are limited to no more than 2,000 people, masks must be worn at all times and no food or drink can be served.

City officials also said that Thanksgiving and Christmas gatherings should be restricted to those you’ve been already quarantining with. In fact, if one of your Thanksgiving traditions is to go to a football game, that won’t be happening due to the new restrictions. Philadelphia Eagles games will go back to being played without fans, as will college and professional basketball games.

Grocery stores, shopping centers, day care centers and some elementary and middle schools will remain open, while gyms, fitness centers and recreation centers will be closed. Barber shops and hair salons will remain open, but will operate by appointment only, but any beauty procedure that can’t be done while wearing a mask, such as having makeup applied, is on hold until January.

SEPTA will still be allowed to operate, but mask use will be required.

To help businesses and families already straining to recover from the first set of regulations, City Council has appropriated $30 million in financial assistance for businesses and renters, Kenney said.

But what’s really needed is some more intensive assistance, the kind that can only come from the legislatures in both Harrisburg and Washington doing what they need to do with the money they control, Kenney said.

“We have had some money for people who have lost their jobs,” he said. “But Philadelphia only got 6% of the money the state got from the CARES act. We’re trying to get that increased and we’re also hoping that Congress will get to work on a bailout package. [Cities and municipalities] can’t get through this all by ourselves.”

There are no current plans for private fundraising as of now, Kenney said.

Many of the people who have contracted coronavirus since restrictions were lifted don’t know where they got it from, Farley said. But there’s evidence that some of the spread is connected to indoor dining. There have also been more social gatherings since the city relaxed restrictions back in June, something that has also contributed to the spread.

But how these rules will be enforced largely remains an honor system. While there will be fines and possible closures for any non-essential business, such as a restaurant, that continues to operate in its usual way after Friday, whether or not that occurs will depend on it either being reported to 311 or caught during the course of a normal inspection, Farley said.

The most important number City health officials will be looking at is the number of daily cases, Farley said. The earliest that there could be some progress seen thanks to the new restrictions is within two weeks, he said.

On Tuesday, Dr. Rachel Levine, Pennsylvania’s Secretary of Health, announced new restrictions including a requirement that people visiting the Commonwealth from New Jersey, Delaware and Maryland take a COVID-19 test within 72 hours of arriving or quarantine for 14 days.