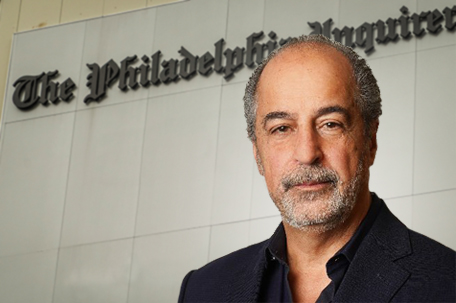 PHILADELPHIA (AP) — Veteran journalist Gabriel Escobar, who has been second in command of The Philadelphia Inquirer since 2017, has been named the top editor of the newspaper, it reported Wednesday.

As senior vice president and editor, the former foreign correspondent will lead the staff of about 210 reporters, photojournalists, editors, designers and producers, the Inquirer reported.

Over the past decade, Escobar organized coverage of major stories such as the papal visit, the 2016 Democratic National Convention, the Philadelphia Eagles’ first Super Bowl win and a deadly Amtrak derailment, as well as the coronavirus pandemic.

The Colombian-born Escobar will be one of the highest-ranking Latinos at a U.S. news organization.

“I go into this job knowing that there is a superb staff at The Philadelphia Inquirer, and there isn’t any doubt of its quality of work, every day, over the last eight months,” he said, adding that his chief aims are to strengthen the newspaper’s collegial spirit while keeping up the staff’s dedication to high-quality journalism.

Escobar takes over the position left vacant by the resignation in June of former executive editor Stan Wischnowski after an uproar over a headline lamenting damage to businesses amid protests against racial injustice.

Wischnowski was named executive editor of the Pittsburgh Post-Gazette in September.