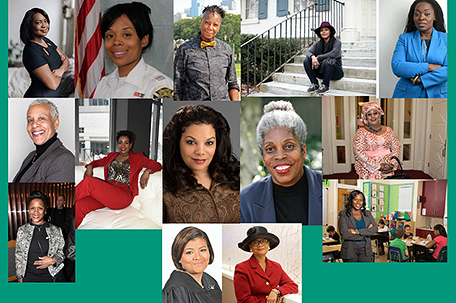 FunTimes Magazine will be holding a Media Reception for Philadelphia’s Women of Influence on Friday, April 14, 2017, 5:00 PM – 6:30 PM, at the Barnes Foundation, 2025 Benjamin Franklin Parkway.  A special preview of the Guided Tours of The Barnes Foundation’s World Class Art Collection will be held 4:00 PM – 5:00 PM

For Women’s History Month, FunTimes Magazine asked 14 of the Philadelphia region’s influential women to share the stories of their lives, and ponder intersectionality around women’s issues. Through a series of five questions, these women reflected on their ambitions and obstacles, how they transcended perceived gender limitations, and, more importantly, the roots of the ingenuity that allowed them to believe in their visions, and the muses that encouraged them to live their dreams.

These real-life sentiments resonate the continued concerns for equality among all women.

The 14 NJ/Philadelphia region’s women recognized are:

The public is invited to come mingle with the invited guests, and the FunTimes’ family of writers and supporters.

For more information,visit: funtimesmagazine.com and FunTimes Magazine on Facebook and Twitter. FunTimes headquarters is at 1226 N 52nd Street, and can be contacted at [email protected]