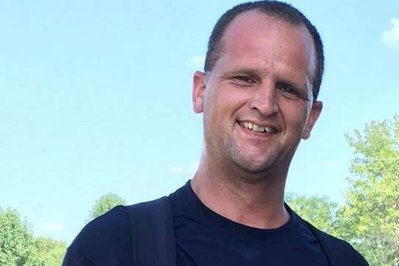 NORTH PHILADELPHIA –Viewing and funeral services will take place Thursday January 11 and Friday January 12 for the firefighter who died in the line of the duty on Saturday in North Philadelphia.

Lt. Matthew LeTourneau, 42, died while battling a fire on the 2200 block of N. Colorado Street.  Another victim, Delgera Lane, 61, was also was killed in the fire.  Lt. LeTourneau served the Philadelphia fire department for 11 years.

Two public viewings will be held at the Cathedral Basilica of Saints Peter and Paul, followed by a funeral Mass. The Cathedral is located at 18th Street & Benjamin Franklin Parkway in Philadelphia.

Interment will follow at Saints Peter and Paul Cemetery in Springfield, Pa. Arrangements by the O’Leary Funeral Home in Springfield.

Gov. Tom Wolf ordered Pennsylvania flags to be flown at half-staff this week at the Capitol complex and all commonwealth facilities in LeTourneau’s honor.  The tribute began Tuesday and through Saturday, January 13.