Frustration With Racism Is Coming to the Ballot Box 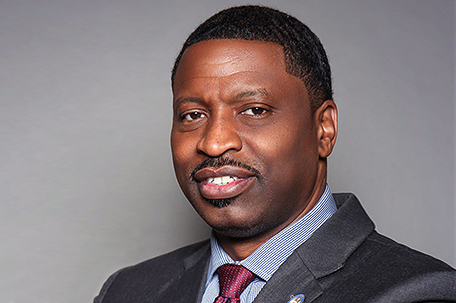 A new poll shows people of color feel disrespected and fed up — and they stand to influence many of the most competitive House races.

Mr. Johnson is the president and chief executive of the N.A.A.C.P.

[NAACP president and CEO Derrick Johnson penned the Opinion piece for the New York Times below, detailing the Black voters’ sentiments as they head to the polls this November, based on a recent poll by the NAACP.   –Ed.]

A new poll on voters’ attitudes in the nation’s most competitive House races showed that when it comes to perceptions of racism, there are two Americas — one in which people of  color are distressed by President Trump’s rhetoric and policies and another in which white Americans are far less convinced that there’s a problem.

Conflicting perceptions of racism have always existed and should be expected, but this year, the divide may shape the outcome of the midterm elections.

This poll, a survey conducted for the N.A.A.C.P. by the African-American Research Collaborative, Latino Decisions and Asian Decisions, analyzed the views of African-American, white, Latino, Asian-American and Native American voters in 61 of the nation’s most competitive midterm races. We found that African-Americans stand to play a key role in 21 of these races, making up from 7 to 24 percent of the voting-age population. In 31 of the key races, voters of color represent 20 to 78 percent of the voting-age population and are positioned to have a significant impact.

Based on this, we expect their perceptions of Mr. Trump’s racism and his party’s acceptance of it will motivate them to cast votes for Democratic candidates.

According to the survey, 77 percent of blacks believe Mr. Trump’s statements and policies will set race relations back. Of white voters, 51 percent feel this way, while 75 percent of Latinos, 75 percent of Asians and 64 percent of Native Americans agree.

For anyone paying attention to our community, it was no surprise that black women, one of the nation’s strongest voting blocs, felt disrespected by Mr. Trump at a nearly 90 percent rate. This sense of disrespect was also seen among black men and other groups of color. We found that 70 percent of Latinos and 69 percent of Asians also felt disrespected.

It’s easy to understand where this perception comes from. Many of us believe Mr. Trump has enabled a surge in publicly expressed racism. He ignites our collective memoriesGov. George C. Wallace of Alabama standing in the door blocking the entrance to a school with every insult directed toward immigrants, Muslims, or N.F.L. players protesting the killing of unarmed black people.

According to F.B.I. data, the day after Mr. Trump was elected, racial hate crimes increased. According to one recent study, “totals for the 10 largest cities rose for four straight years to the highest level in a decade.” The study also found that African-Americans were the most targeted group and that in 2017, anti-black, anti-Semitic, anti-gay and anti-Latino were the most common type of hate crimes in the nation’s ten largest cities.

Mr. Trump’s bias is not only expressed in his language and assaults on the intelligence of people like Congresswoman Maxine Waters or LeBron James, but also through policy.

Whether we look at the Justice Department’s pushing back against consent decrees to rein in police misconduct, Mr. Trump’s nearly all white and male judicial nominees, or the Education Department’s decision to pull back on investigations of civil rights cases, we see a pattern that devalues the gains that many earned through the ultimate sacrifice. It would seem that Mr. Trump’s White House is engaged in none other than a war against civil rights.

We have waged war against the foes of civil rights for over 109 years, and, as such, perseverance in this fight inspires no fear in us. But if voters of color, along with white voters who see what we’ve experienced during this presidency, take their frustration to the ballot box, we can win the next battle.

Derrick Johnson, @DerrickNAACP, is the president and chief executive of the N.A.A.C.P.