“From Liberty to Captivity” documentary preview 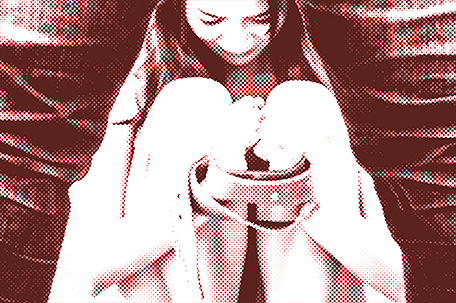 Editor’s note: The SUN is re-printing this article with updated information that recently came to our attention.

This year’s She’s My Sister weekend at the Enon Tabernacle Baptist Church, once again featured an educational line-up of workshops and speakers informing the community about the sex trafficking industry. This year’s event opened with the Do What’s Wright Production Company’s “From Liberty to Captivity”. The two-hour documentary takes viewers county by county through Pennsylvania revealing the trauma of sex trafficking and featuring those involved in solving the problem.

Starting out as a journalism major, Debbie Wright planned on following in the shoes of her mother who had produced a documentary in the late 1970s about the plight of the neglected elderly in Chicago. Debbie served as Feature Editor for a college newspaper and went on to write an article that was published in a magazine with distribution to over one million households. Her career goals shifted, and she obtained her undergraduate degree from the New York University Stern School of Business and founded her own consulting business, subsequently consulting on and managing multi-million dollar projects for top healthcare and pharmaceutical companies.

Her love for children drove her to complete a Master’s Degree from the University of Pennsylvania in Education. She then taught elementary school for a few years until she returned to the business world. Debbie, like many people, was vaguely aware of the presence of slavery around the world, but her exposure to the reality of modern-day slavery in America came when the FBI descended upon and raided her neighbor’s house, finding thousands of pornographic images, many of which were of children being brutalized and raped. Debbie then contacted International Justice Mission and eventually become a volunteer Justice Advocate where she spoke at various events (including appearing on a Philadelphia radio show) to raise awareness about trafficking and slavery. The gap between the prevalence of sex trafficking in PA and the public’s awareness led Debbie to decide to leave her career in the pharmaceutical industry and reconnect with her journalism roots and her passion to eradicate sex trafficking.

Among those who were interviewed before the Philadelphia premiere of the film was Dr. Ellyn Jo Waller, the first lady of Enon. The church’s anti-sex trafficking ministry works closely with groups like the Salvation Army’s New Day Drop-In Center in Kensington which serves those trying to leave what is called “the life”. Each January, National Slavery and Human Trafficking Prevention Month, the church hosts the She’s My Sister conference. The ministry continues throughout the year.

“This is an annual conference at the church to raise awareness about modern day slavery,” Waller said of Enon’s event that takes place annually during the last weekend in January. “That is why members of our church are part of the documentary that will be shown Friday evening. Judge Lori Dumas, Minister Francina Pendergrass, Police Commissioner Richard Ross, and I were interviewed for this.”

“I would hope that after seeing this and attending the conference it will make people more aware of this modern-day slavery. We need an abolitionist movement. That is why the film makes connections with Frederick Douglass going from the historical abolitionists to the current abolitionists.”

Dumas said that every citizen needs to come out to see the film that was shown as the kick-off for the 2019 She’s My Sister weekend conference. She added that after seeing the victims of sex trafficking in her courtroom, she feels that parents and other family members need to come out to see what may be going on in their own backyards.

“Parents need to have their eyes opened,” Dumas said. “It’s not time to be your kid’s friend. We have to know where they are going, who they are with, [and] whose house they are staying [at], because someone could be causing them harm. We cannot close our eyes.”

“There are so many correlations between slavery and human trafficking. We need to take a collaborative perspective in dealing with this. We have to have many partners. I just hope after seeing the film it will reinforce the need to keep your eyes open,” Dumas said.

The documentary features a special musical selection arranged by Garland “Miche” Waller featuring Sister Jackie Spraggins and the Enon Praise Team. Waller said that she hoped that despite the sensitive topic, each person in attendance brought at least one young person.

Those who attended the local showings of “From Liberty to Captivity” film were encouraged to bring donations for the Salvation Army’s New Day Drop-In Center. Waller said that the donations were welcome, and included personal products for those who utilize the nonprofit center’s showers. They also included travel-sized bottles of shampoo and conditioner, deodorant, toothbrushes and toothpaste, lotions, and soaps. The center also expressed an ongoing need for sanitary napkins and tampons, as well as underwear, leggings and socks. Those wishing to donate to this program can drop off items at the Salvation Army of Philadelphia Center, located at 4050 Conshohocken Ave., during normal business hours from 9 a.m. to 5 p.m. They can also arrange for appointments for after-hour drop-offs by calling (215) 825-4601.

This year’s She’s My Sister conference, like the previous events, featured workshops addressing modern slavery and human trafficking awareness and prevention, highlighted the role of the internet, and focused on cyber safety and the expert assistance available to combat these issues.

She’s My Sister events are always open to the public at no cost. A freewill donation is taken for those who want to contribute.