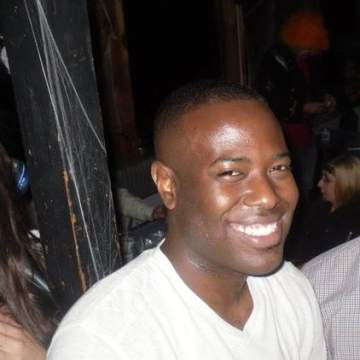 NBC10–Friends and family are mourning a Delaware State Trooper who died in the line of duty Wednesday after he was shot in a Wawa parking lot.

Officials identified the trooper as Cpl. Stephen J. Ballard, 32. Ballard was an 8.5 year veteran of the Delaware State Police assigned to Troop 2, Glasgow. He lived in Milford, Delaware but was originally from Bowie, Maryland, according to his Facebook page. He also got married earlier this year.

A police procession was held early Wednesday evening as Ballard’s body was taken from Christiana Hospital to the Medical Examiner’s Office in Wilmington, Delaware. Troopers carried a flag-draped coffin into the building.

Investigators say the ordeal began shortly after noon Wednesday when Ballard observed two people inside a suspicious vehicle in the parking lot of the Wawa store at 1605 Pulaski Highway (US Route 40) in Bear, Delaware.

After Ballard approached the two men, a struggle ensued, according to officials. One of the two suspects then exited the vehicle and fired several shots, striking Ballard.

Responding police officers arrived at the scene and took one of the suspects into custody. Another suspect ran away on foot. Police say the fleeing suspect eventually arrived at a home on the 500 block of St. Michaels Drive in the Brick Mill Farm Development in Middletown, Delaware, about 15 miles away from the Wawa. A SWAT team and officers surrounded the home and a barricade situation was declared. The suspect allegedly refused to come out and even fired shots at police.

“The suspect has been firing shots at the police officers from the residence that he lives in and is currently held up in the house,” Delaware State Police Master Corporal Gary Fournier said. “Now we have members from allied agencies throughout the state of Delaware that are on scene. We’ve established a perimeter on the house. He is contained to the one house but continues not to surrender as we wish. We will be on scene until we get a peaceful resolution.”

The Explosives Ordinance Disposal Unit (EOD) used an explosive at the front door of the home at 8:22 p.m. but officers have not yet entered the house. The suspect remains barricaded inside as police continue to try and persuade him to surrender.

The Odessa Fire Company at 304 Main Street in Odessa, Delaware opened its facility to temporarily house any evacuated residents.

Two of the evacuated residents, Lori and Todd Capriotti, told NBC10 they live three houses down from the barricaded suspect. Lori Capriotti said she rarely saw her neighbors who live in the home and never noticed anything suspicious.

“Maybe I’ve seen them twice,” she said. “They’re quiet. You don’t see anybody leave the house, come in the house, nothing.”

Throughout the night, residents in the area dropped off candles and flowers at the Wawa in Bear, Delaware to pay tribute to Cpl. Ballard. Delaware Governor John Carney ordered all flags to be flown at half-staff in memory of the fallen trooper.

“My heart is in Delaware, and it breaks for the loved ones of the Delaware State Police trooper who will not return home this evening,” Carper wrote. “Martha and I consider Delaware State troopers to be an extension of our family. We are sending our love and prayers to his friends, family and the Delaware State Police family. This unthinkable tragedy reminds us of the extraordinary courage and service of our men and women in law enforcement protecting our communities.”

“My staff and I are closely monitoring this situation as it unfolds. I pray for the safety of our police officers and first responders on the scene.”

A spokesperson for the Wawa store also released a statement.

“We are deeply saddened by the tragic situation that occurred in the parking lot of our Bear, Delaware store today,” the spokesperson wrote. “Our hearts are broken and our thoughts and prayers are with the officer’s family and the entire Delaware State Police community during this difficult time.”

“Out of respect to the officer, our associates and all those affected, the store will remain closed until Saturday. We will continue to do everything we can to help.”