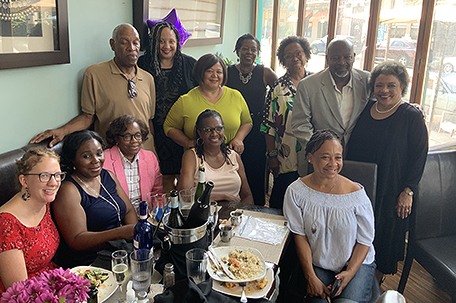 ABOVE PHOTO: Glover and her former Inquirer and Daily News colleagues (Photos by Laura Elam)

The Aksum restaurant in West Philadelphia was the setting for a “See You Later!” brunch for former two-term National Association of Black Journalists President Sarah Glover.

Glover, who also served as president of the Philadelphia Association of Black Journalists, was named managing editor for Minnesota Public Radio in April.

Prior to that, she served as manager of social media strategy for NBC’s owned and operated stations.

About 50 people came to say their “see you laters” to Glover.