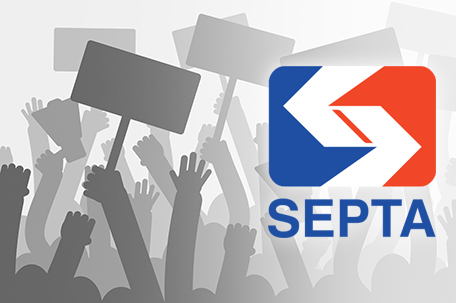 Members of FOTP Lodge 109 and SEPTA reached a tentative agreement on Tuesday night, subsequently ending an eight-day strike after satisfying a sticking point on language regarding the viewing of footage from body cameras worn by the 180 transit police while on patrol.

The agreement, which includes a five-year contract, was reached at 7 p.m. and officers were back to patrolling by 11 p.m.

“We’re excited about getting back to work,” said union vice president Troy Parham.  “Public safety was always a concern and something our officers work hard to make an everyday reality.”

The disagreements at the bargaining table were never that far apart, said union president Omari Bervine.  “We had moments where it looked gloomy, but never dark.  We were always optimistic because we knew our demands were fair and well within reach.”

Over the course of the strike, one individual was stabbed to death in the subway and at least two SEPTA supervisors, among 50 filling in for the 180 workers on strike, were assaulted.

“Our prayers go out to the individual who was killed, as well as his family,” said Bervine. “Though supervisors, they are still our brother officers and also face the same daily dangers and challenges as us.  It was distressing to see them in harm’s way without proper backup and support.”

As the strike loomed on, the union received a great deal of support from politicians, union leaders and others who saw their struggle as one that went hand-in-hand with the public’s concern for safety and security while riding, waiting, or walking through a SEPTA-operated facility.

“We genuinely appreciate the help of ALL those who stepped up and spoke out on our behalf,” said Bervine.

Among the first to show support was Councilwoman Cindy Bass,  who released a statement early-on expressing her concern not only for public safety but for a fair contract for FOTP Lodge 109.