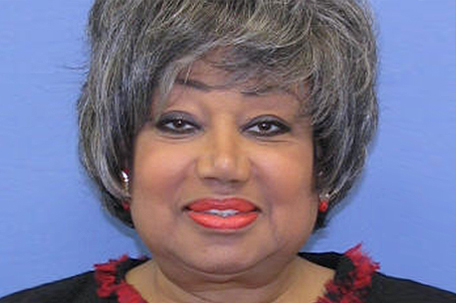 Tynes’ arrest is the result of a Presentment issued by a Philadelphia County grand jury investigating potential political corruption involving various Pennsylvania state legislators, public officials and other related individuals. The matter was submitted to the grand jury after it was referred by the Pennsylvania Office of Attorney General (“OAG”) to District Attorney Seth Williams in May of 2014. The grand jury investigation continues.

The OAG had conducted its political corruption investigation from 2010 through 2012. It was an off-shoot of other public corruption investigations and prosecutions handled by the OAG, including one focusing on grants issued through the Pennsylvania Department of Community and Economic Development. As an investigation focusing on DCED grants was being pursued, the OAG made an arrest in a separate case involving grants. Through conversations with that defendant and his attorney, it became apparent that the defendant had substantial information about political corruption in Philadelphia.

The defendant voluntarily offered to become a confidential informant (CI) and work in an undercover capacity to record conversations and meetings he had with public officials. The CI did so without any agreement with the OAG, or promises or guarantees by the OAG, regarding the pending charges against the CI. The CI’s cover story was that he was a Philadelphia lobbyist who was now representing larger business interests and wanted to move from local political candidates/elected officials to the state level. The OAG fitted the CI with a recording device that the CI consented to wearing. He ultimately recorded 113 separate meetings or conversations with various Pennsylvania state legislators, public officials and other related individuals.

The CI then began floating “pay for play” ideas or issues to his political connections. The goal was to document elected officials taking bribes to conduct their duties. Almost without fail, the public officials with whom the CI met – and to whom he gave money or gifts – were all too willing to take official action on his behalf. One such official was Judge Tynes.

After one elected official promised but failed to set up a meeting with Judge Tynes over a collections contract for Traffic Court, a second elected official did set up a meeting between the CI and Judge Tynes. In that initial meeting and subsequent ones, the CI and Judge Tynes discussed working together to try and obtain a collections contract for one of the CI’s fictitious clients to collect fines owed to the Traffic Court. As Judge Tynes provided inside information to the CI, the CI told her that they both would benefit monetarily from the endeavor and that he also could help her with her post-retirement plans.

In fact, in their first private meeting together, the CI and Judge Tynes immediately began discussing making money together:

At a lunch meeting almost two months after their first meeting, the CI and Judge Tynes toasted to their “plans for the future.” The CI then gave Judge Tynes a gift: a sterling silver bracelet with personalized charms that he had purchased for over $2,000 at the Tiffany & Co. store on Walnut Street in Philadelphia. The CI made clear that he was giving the bracelet to Judge Tynes because: “I brought you a little token of our appreciation for helping us negotiate this Traffic Court contract.” Judge Tynes was “ecstatic” to receive the “gorgeous” gift, which was packaged in the distinct Tiffany box and bag. Fifteen minutes after giving her the bracelet, the CI told Judge Tynes that, as she was helping him and his clients with the Traffic Court collections contract, he would “be helpful” to her and her post-retirement plans. Judge Tynes, in turn, continued to provide advice and inside information to the CI that would help him pitch his collections contract idea to the administrative judge of the Traffic Court. They then toasted “to making money” together. Later that night, Judge Tynes introduced the CI to the administrative judge at an event that the administrative judge was hosting.

Judge Tynes never returned the Tiffany & Co. bracelet to the CI. She never gave him a check in return for the bracelet. And she never listed that bracelet as a gift in her Statement of Financial Interest for the year 2011, the year in which the CI gave her the $2,000 bracelet. Judge Tynes also never filed a Statement of Financial Interest in 2012, her last year on the bench as a Traffic Court judge.

In interviews with the Philadelphia Inquirer for articles that were published on March 16 and 18, 2014, Judge Tynes was confronted with allegations that she took a bracelet from the CI. Although she acknowledged meeting with the CI and discussing a collections contract with him, Judge Tynes presented various contradictory – and false – explanations about those meetings and the bracelet. She claimed that she met the CI only twice, and that the first meeting was over lunch with Elected Official B. Judge Tynes then claimed that the second meeting with the CI was on her birthday, and it was on this day that the CI gave her the bracelet. She claimed in her interview that, at first, she thought it was an inexpensive trinket, but she later took it to the Tiffany & Co. store on Walnut Street in Philadelphia and had it appraised. According to the Inquirer, she then “provided a series of evolving accounts of what she did with the bracelet.” Initially, she said that about five months after receiving the bracelet, she mailed it back to the CI. Later, Tynes, through her attorney, told the Inquirer that she had obtained cashier’s checks to pay back the CI but could not find his address. The lawyer also said that Tynes lost track of the bracelet and did not know where it was. Days later, Tynes told the Inquirer that she “recently found it in her safe deposit box.” Tynes also claimed that she never wore the bracelet, and that she would not know the CI “from a can of paint.”

Two Pennsylvania legislators charged with bribery conspiracy and other crimes