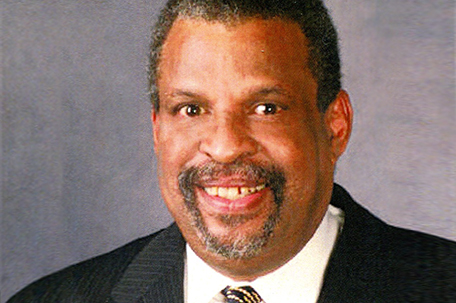 Funeral services for the Honorable John Myers, former State Representative were held on December 15, 2015 at Enon Tabernacle Baptist Church, 230 West Coulter Street.  Myers died on December 6, 2015 after a prolonged illness.  He was 68.

John Myers was a Germantown man. No one loved the people and places of northwest Philadelphia more than he did, and his entire life reflected that love. Myers was the fourth of seven children born to William R. and Constance R. Myers in Philadelphia, Pennsylvania on October 17,1947, John navigated the streets from Brickyard to Somerville.

He attended Philadelphia public schools, but ended up joining the U.S. Navy from 1964-68, serving in Vietnam, and earning his G.E.D. there. When he returned home, he looked up his childhood friend David Richardson. Together with a group of neighborhood activists that became known as United Progressives, Myers and Richardson began their political careers determined to improve the lives of the people of Germantown.

Myers designed and ran Richardson’s first political campaign in 1971. That campaign was aimed at building an independent base of black political power, capable of overcoming party political bosses and serving the needs of people in the northwest. After Richardson’s election, John joined him in Harrisburg as his legislative aide, where he developed an effective constituent service system that complimented Richardson’s exceptional reputation for personal contact and attentiveness to the everyday needs of the people whom he was entrusted to represent. Together Dave and John worked with activists in the northwest, including Herbert “Drum” Burch, Emanuel Freeman, Mary Lawton, Donna Reed Miller (who was eventually elected 8th District Councilperson), Dennis Montague, Cornelia Swinson, Mjenzi Traylor, Steven “Wasi” Vaughn, and a host of others. Eventually, they formed the Northwest Action Committee (NWAC), a grassroots political organization which exists today. Over the course of his career, John was the chief architect of electoral field strategies that took advantage of his knowledge of the streets. Over the course of his career, he designed and ran campaigns for more than 20 current and former elected officials.

On October 18,1984, he married Joyce Myers. The two of them were devoted to caring for each other during periods of ill health, and were ferociously protective of each other and cared for innumerable nieces, nephews, and other relatives.

In the early 1990s, while working in the workforce development field, Myers earned a Master’s degree in Human Service Administration from Lincoln University.

Following the sudden and unexpected death of Richardson in 1995, Myers reluctantly went on to win the special election to succeed Richardson in the State House of Representatives, an office he held for 17 years. During his first term as a State Representative, John was particularly active in challenging the severity of drastic Medical Assistance cuts put forth by the Republican legislative majority and governor. He worked diligently to turn back the Medical Assistance cuts for eligible individuals imposed by Act 35 of 1996. He reintroduced legislation in the new session that restored the cuts. John Myers introduced legislation that would provide more tools to train and employ unskilled, under-skilled and older workers in order to increase their earning power and productivity. In one of his last major accomplishments in office, and in cooperation with State Rep.Dwight Evans, John also worked to establish a shopping mall on Chew Avenue, which included a grocery store where the people of Germantown could purchase more healthful and reasonably priced foods.