For colored girls whose needs have been ignored 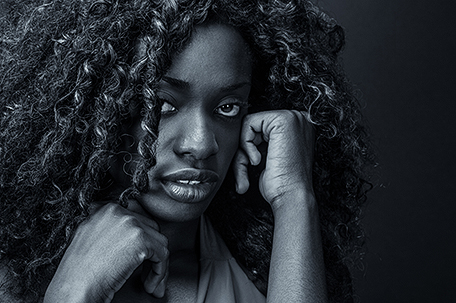 By Denise Clay for Soloman Jones.com

The three girls were arraigned in connection with a series of attacks on Temple University’s campus, one of which featured a woman being it in the face with a brick.

None of the girls lived anywhere near Temple University, all of them are going to be tried as adults, and none of them have turned 17 yet. In fact, Gainey and Estes are just 15.

“The arrest of these three girls–girls that have barely entered puberty–makes me ask a question that often leads me down the road to Argumentville …. When are we going to start focusing on our girls?”

Now over the last month or so, there have been all kinds of programs unveiled with the purpose of helping black and brown boys.

Don’t get me wrong. They’re needed. We need President Barack Obama to start a “My Brother’s Keeper.” We need Mayor Michael Nutter and the members of the Mayor’s Commission on African American Males to make good on the recommendations presented in the commission’s report. We need all of the mentoring and educational programs that have been created for black men and boys to bear the kinds of fruit that will make things better for our community in the long run.

But the arrest of these three girls–girls that have barely entered puberty–makes me ask a question that often leads me down the road to Argumentville….

When are we going to start focusing on our girls?

Usually, my demand that we focus on black girls and boys simultaneously tends to be met with what I like to call, “The Girls Are All Right” response.

Because statistics show that more black girls are in college, fewer of them are in jail, and things appear at least on the surface to be okay for young women, the men I find myself having this argument with tell me that this provides the impetus to throw everything at the needs of black boys.

Now since the whole “The Girls Are All Right” discussion winds up being one that centers on statistics, let me share a few.

According to a study done by the African American Policy Forum:

•  Black girls are suspended from school at a higher rate than all other girls and white and Latino boys;

•  Sixty percent of all black girls have experienced sexual abuse at the hands of a black man before turning 18;

•  Despite being only 8 percent of the population, black women account for 22 percent of homicides at the hands of an intimate partner;

•  Sixty-seven percent of all black girls said they felt sad or hopeless for more than two weeks straight compared to 31 percent of white girls and 40 percent of Latina girls;

•  Single black women also have the lowest net wealth of any group with a median wealth of $100 and 55 percent of them have never been married.

If those statistics haven’t made you depressed about the State of Black Womanhood (and if they haven’t you’re a much stronger person than I am) here’s another one: One out of every 100 black women are in jail.

In light of these statistics, “all right” is relative, I guess.

But what makes me the angriest about all of this is how much we’ve invested in solving the problems of black women and girls.

In the last decade, philanthropic organizations like the Knight Foundation, Pew, William Penn and others have spent $100 million on educational, mentoring and other initiatives to help black and brown boys.

Meanwhile, the issues of black and brown girls have gotten less than $1 million.

To say that this isn’t balanced is an understatement, but it kind of lets me know where our priorities are. As usual, those in my tribe get short shrift.

I’ve covered a lot of events related to the efforts that have been put forth to help our boys. In my teaching work, I’ve introduced the young men in my classes to some of these programs and it’s helped some find the right path and turn their lives around.

For the girls, however, there’s little if anything.

And if we have learned nothing else from the fact that three girls under the age of 17 decided to go marauding on Temple University’s main campus and are about to get adult time for some rather adult crimes, it should be that something needs to be done.

I’ve taught young women in my media arts classes who have been late for class because they were, literally, fighting with their Significant Others in the street.

I’ve broken up fights between girls who knew of no other way to problem solve.

I’ve been to baby showers for girls who are far too young to be parents and that I know will never finish high school, much less college.

It breaks my heart.

We can’t continue as a community to work on only one side of the equation when it comes to our kids. We need to recognize that while statistically black boys still have it worse, life for black girls is nowhere near a crystal stair.

It’s something that we can’t continue to ignore no matter how badly some of us may want to.

We have to do something. Our community’s survival depends on it.