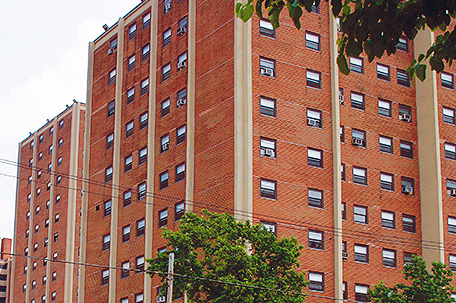 WASHINGTON—Congressman Chaka Fattah announced this week that five affordable housing developments in his Philadelphia district will receive tax credits from the Pennsylvania Housing Finance Agency (PHFA). On Tuesday, the agency awarded $16.8 million in low-income housing credits, almost a third of which will be directed towards developments in Pennsylvania’s second Congressional District.

Together the developments, that include both new construction and the rehabilitation of existing buildings in parts of West and North Philadelphia, will create 215 new units of affordable rental housing.

“Safe and affordable housing is the foundation for building strong communities, and each of the organizations involved in the new developments have impressive track records of strengthening neighborhoods throughout our city,” Congressman Fattah said. “As a long-time advocate of affordable housing in both Philadelphia and throughout the country, I was proud to champion these housing proposals and look forward to seeing their transformational impact in the district.”

Fattah was joined by Kelvin Jeremiah of the Philadelphia Housing Agency (PHA) in expressing his support for the new developments, especially PHA’s Blumberg Apartment development.

“This is PHA’s first 9 percent tax credit award in nearly four years. I am elated that PHFA has chosen to support our efforts to transform the Sharswood/Blumberg neighborhood,” said PHA President and CEO Kelvin Jeremiah. “The award of tax credits and the HUD Choice Neighborhoods planning grant in December signals that PHA, the City of Philadelphia, PHFA, and HUD are all now firmly committed to the revitalization of the Sharswood/Blumberg neighborhood, which has suffered from decades of disinvestment, blight, and crime. This award would not have been possible without the steadfast support of our resident leadership as well as all of our federal, state and city partners.”