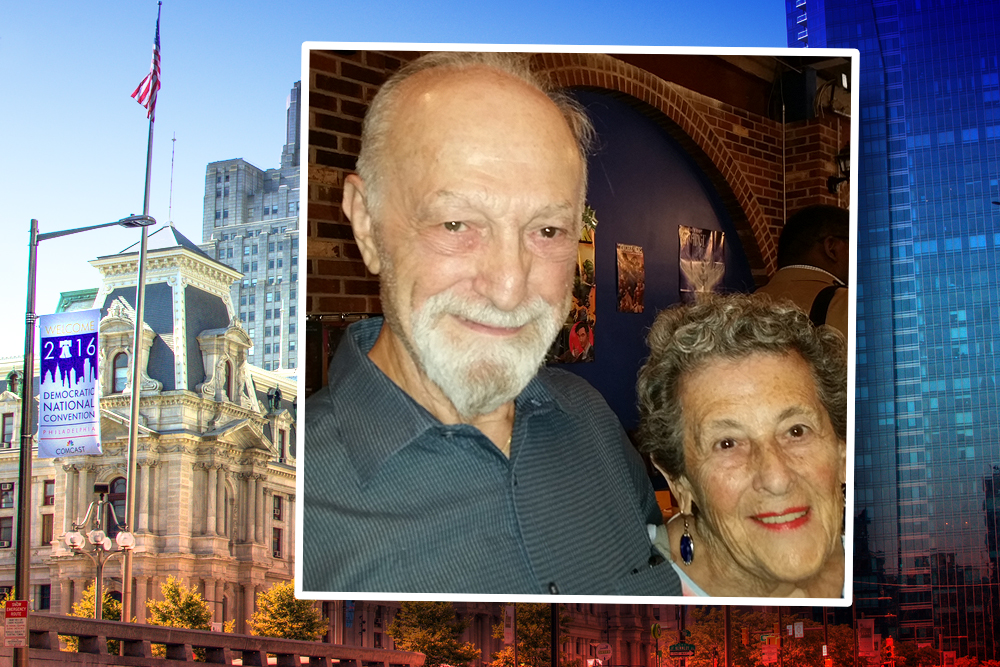 Attorney Hal Rosenthal was an alternate delegate at the 1948 Democratic National Convention, held in the old Convention Hall in University City. Until this year’s DNC which took place from July 25th through the 28th at the Wells Fargo Center in South Philadelphia, it was the last time the city hosted the event. For Rosenthal, the trip to the convention floor that stifling day in 1948 was quite a production.

“I was 17 years old, tried to sneak into the convention, and failed. So I went to a local bar to watch the small, round, black and white TV set” Rosenthal, 87, remembered television was still an emerging technology at the time. It was the first year that both Republican and Democratic conventions were covered by the fledgling medium.

Noticing that Rosenthal wasn’t drinking, a woman approached him and asked him what he was doing there. He explained that he was trying to get into the DNC. She tried to discourage him, telling him it was a hot, crowded and sweaty, but he still wanted to go. The stranger was impressed.

“She said “I’ll lend you my credentials. So there I was, having never ventured past the Schuylkill River, now an alternate delegate from Minnesota.” Rosenthal recalled.

He entered the hall and was introduced to the rough and tumble, smoke-filled world of American politics.

So we Minnesotans had a caucus. We had [put forth] something called the “Brotherhood” plank, which was an anti-discrimination document and I believe the first of that kind ever considered “he said.

Minneapolis Mayor Hubert Humphrey (who was elected US Senator later that year, served as Vice President of the United States from 1964 to 1968 and was the 1968 Democratic Presidential nominee) was on the Credentials Committee.

“Mayor Humphrey came over to caucus with us,” said Rosenthal. “He said that Thurmond told him that if the Brotherhood plank passed, he would pull out, run for president.”

Sen. Thurmond threatened to bring a phalanx of Southerners along with him.

“This would guarantee that Truman could not win,” Rosenthal continued. “So Mayor Humphrey proposed a ‘loyalty oath” to support the candidate that all would have to take if they wanted to be seated at the convention.”

He remembers Mayor Humphrey’s powerful civil rights themed speech as if it were yesterday. Through his words, a page was turned in the annals of American history. It inspired Rosenthal to become an activist, not only for civil rights but for justice, an end to war and many other causes from that day forward.

Humphrey laid out the case throughout the speech in the forthright, plain-spoken manner that ended up being what he was best known for throughout the rest of his life. He concluded his historic remarks with this:

“Yes, this is far more than a Party matter. Every citizen in this country has a stake in the emergence of the United States as a leader in the free world. That world is being challenged by the world of slavery. For us to play our part effectively, we must be in a morally sound position.

We can’t use a double standard — There’s no room for double standards in American politics — for measuring our own and other people’s policies. Our demands for democratic practices in other lands will be no more effective than the guarantee of those practices in our own country.

Friends, delegates, I do not believe that there can be any compromise on the guarantees of the civil rights which we have mentioned in the minority report. In spite of my desire for unanimous agreement on the entire platform, in spite of my desire to see everybody here in honest and unanimous agreement, there are some matters which I think must be stated clearly and without qualification. There can be no hedging — the newspaper headlines are wrong. There will be no hedging, and there will be no watering down — if you please — of the instruments and the principles of the civil-rights program.

My friends, to those who say that we are rushing this issue of civil rights, I say to them we are 172 years late. To those who say that this civil-rights program is an infringement on states’ rights, I say this: The time has arrived in America for the Democratic Party to get out of the shadow of states’ rights and to walk forthrightly into the bright sunshine of human rights. People — human beings — this is the issue of the 20th century. People of all kinds — all sorts of people — and these people are looking to America for leadership, and they’re looking to America for precept and example.”

After the Brotherhood plank was adopted (a narrow victory – 651 1/2 votes to 582 ½ votes, Thurmond made good on his promise. All 22 members of the Mississippi delegation and 13 members of the Alabama delegation walked out of Convention Hall. The disgruntled group united with other sympathetic Southerners and officially formed the States’ Rights Party (otherwise known as the “Dixiecrats”). They nominated Thurmond for President and Fielding L. Wright for Vice President. These actions set in motion the strategies and divisions that exist to this day within the American political process.

Rosenthal—a lifelong resident of Philadelphia—never saw the woman who lent him the credentials again. He is also thankful that the officials and other delegates never questioned his identity that week, especially because not only was he not a Minnesotan, but he definitely was not a woman. Although he tried to contact her afterward to return them, he was unable to do so. He still has the credentials to this day – a tacit reminder of a historic event in which the arc of the moral universe, ever so slightly, began its never-ending bend toward American justice.